Howdy all! So, I’ve been moving the last week, and thus have been out of the loop on all this bikini hoopla that’s been occurring. I’ve just gotten up to speed, and I have something to say. Something that originally came from my husband.

Seriously ladies. Which car would you rather be? People seem to think that if they’re not the muscle car then everyone will think they’re slow. But it’s not like we are only given a choice between being a low-class muscle car or a rusted-out Volkswagen Rabbit Pickup. There are more options out there. A Lamborghini doesn’t have to take the hood off. Everyone knows it’s fast.

Be the Lamborghini. (Not the Goat.)

Upon reflection . . . that goat remark may be a little ambiguous. So for anyone who didn’t get it, I have found a helpful visual aid. Here is a goat. (As in, a GTO.) 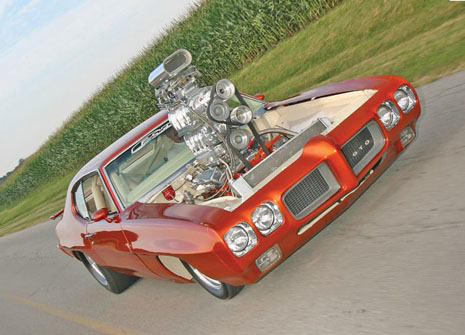 16 thoughts on “Popping In”