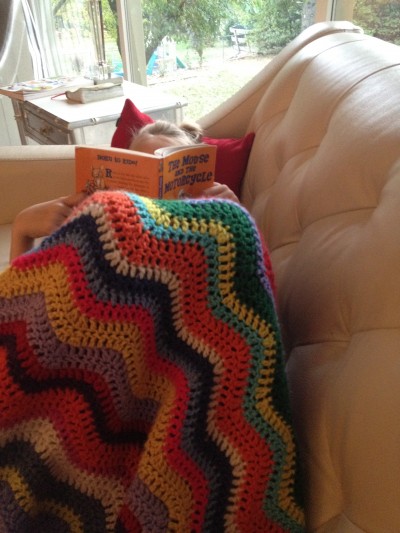 There are four little girls in our house, and as time marches on, we are finding ourselves dealing with issues that are new to us. Turns out that we don’t have a bevy of toddlers anymore, and all our little people are growing up. Among the many delightful and fun things about our kids getting older, we have also found some opportunities to become confused. Little problems look different when you are old enough to talk about them at great length. Self expression makes things easier in so many ways, and then occasionally it offers parents an opportunity to look at each other blankly and wonder. Who is this person?! Where did THAT come from? Sometimes the more they talk, the less you understand. What seemed like a simple discipline issue becomes something  rather monumental.

What we have noticed with our girls is actually a very common female trait. However, it is incredibly easy to misread, misunderstand, and completely mishandle when it pops out of your little lady. The first time we really noticed this with our girls began in the car. There was some offense taken by someone talking about their birthday date with Daddy. The whole thing was riotously petty. One young lady was being offended (quite unnecessarily) by the other young lady using what was judged as a “boastful voice about going to Zip’s.”

As you can imagine, we passed out some great spiritual advice. Something like “Let it go, sweetie, that is not a big thing.” But the thing wouldn’t go anywhere.

“But she is really provoking me!” We explained over our shoulders to the back of the car that being provoked is also a sin. But this was just not going to stop. It was getting shriller. It was getting funnier – I will quite readily admit to having a hard time staying serious in light of accusations of boastful nose postures while talking about a local greasy burger establishment. It was funny, but it was gathering strength. Petty, but actually powerful. We began saying things like “O.K. that is enough. Be done.” And done we were not. The offended lady with a lot of feelings was absolutely not going to stop talking, although we were telling her to stop. She did speed up though.

By the time we got home, what had started out as a tiny offense was looking a bit more like extreme, flagrant rebellion. It was easy to read on the pages of that angry face a deeply hardened heart and a criminal future. Everything seemed to be falling apart. Until ten minutes ago, this was a child we had thought of as tender and sweet.

She was still in the midst of the tirade about other people’s provocative boasting when we got to my bedroom. It seemed like a pretty big old problem. Petty sin, clutched tightly in a sweaty palm starts to stink bad. Anyways, my impression at this point was that my little girl was absolutely not going to let this go without a big old show down. Daddy, with the same vibe about the situation, was on his way up. So there we were, eye to eye, and I said, “Ok, tell me what happened.”

She told me a little slower about exact nose postures, how it hurt her feelings, why she absolutely could tell her sister was being boastful, and a few other juicy details that I cannot remember. When she finished telling me about it, she progressed into an explanation of how she knew it was a sin to be provoked, she knew that her sister was her best friend, she knew that she was letting small foxes spoil the vineyard, and she did in fact want to be done with it all right away.

So we cleared that up. And I was very surprised. Because the tenderness was all still there and had been the whole time. In fact, I think it was the tenderness that caused the entire outburst. Back in the way back of the car, a little sin had happened. Sisterly fellowship was broken, and the fussy voice came out to demand that we fix it. When we did not actually get in there and fix it, she would not let go. But it was never a refusal to let go of the sin, it was a refusal to let go of us. She knew she still needed help, and she was jolly well going to get it, no matter what it cost her.

Of course I don’t mean any of this as an excuse of any part of the sin, but there are times when we see something in one of our girls that prompts  a standard response. The big problem here is if you fail to actually interact with them.  Sometimes the sin that pops out is caused by something completely unexpected. Like tenderness creating an explosive conflict. It doesn’t mean that the sin that happens should go undisciplined, but it does mean that you need to be paying attention. If you correct a daughter for something, and nothing changes, you can bet that you are following the wrong trail. Flip over some rocks, look around for clues. Watch her, and listen too. Try to think of what seems counter-intuitive to you. Check there. Is she being mean to siblings? Try to figure out how she was hurt. Is she acting like she couldn’t care less about anything? Try to figure out what she is caring so much about. Sometimes when little girls start acting out, it is because they are feeling like no one loves them. Then you start firing off rebukes, and frustrated correction because they are being so bad. In this instance, correction and discipline for the wrong thing is like trying to put out an oil fire with water. Same problem, about to get radically worse. Instead of the discipline bringing security, it adds to the insecurity.

The funny thing to me is that this is hard to recognize when I (and I suspect many of you) do exactly the same thing. Not in the car, and not about Zip’s, but sometimes when something is wrong, what you start talking about is often not even in the ballpark. Because often women need to talk to figure out what is actually going on. You start talking about the first thing that comes to mind that seems reasonable. Your husband, listening like the good man he is, answers. And then you realize that the problem wasn’t your weight after all. It was how messy the house is. And so he encourages you about that, but you aren’t encouraged because once again, not it. Then finally, somehow you realize that you were just missing your Grandma. You weren’t actually teetering on the brink of anorexia, or even needing to be featured the Hoarders TVshow, but just needing a hug and a laugh.

This is something that really needs to be on the mind of parents of little girls. You cannot fire off an answer to whatever seems to be happening and walk away. With little girls, and big ones too, they bring their problems to the people who give them security. You cannot give it to them without seeing where they feel threatened, and you cannot teach them how to deal with it themselves unless you can teach them what it is. And to do that, you need to find out first.

49 thoughts on “On Misreading Daughters”