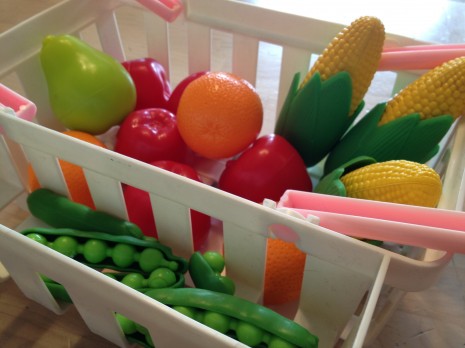 This is something that should probably be titled “autobiographical fragments.” I’m not wanting to make an argument, and I do know that many of our readers are interested in, and serious about healthy food. That isn’t what I want to talk about, although it is. What I want to do is just tell a story from a perspective that some of you may not have. I’m sure that you have picked up on the fact that we are not into “health” food. Not that we are opposed to all of it, and not that we eat unhealthily, just that we are strongly antagonistic to a lot of things that are all about health. I’d like to take a shot at explaining that in a way that I am not sure we have ever made clear.

First off, I have a strong instinct for when I am being bossed around. This has never been in my life a problem with legitimate authority. I am not, and have not ever been a rebellious person. I imagine that this is a result of both nature and nurture – as my mom tells a story about me firmly telling Mr. Rogers off. She had turned on a show in the hopes of making bread in some kind of peace, and she heard me, at the age of three, telling him, ” I DON”T WANT TO BE YOUR NEIGHBOR.”  This is a characteristic that I share with many in my family, actually probably all of them.

Now – back to food. This means that the question that is often overlooked by people is the main hang up for me. “Who is this person, and why are they telling me what to do?”  This is why much of the current food frenzy is so distasteful to me. I cannot watch a documentary about the evil practices of some cow farmer somewhere and not want to see a statement of faith from the producer. Why? Because the cows are not my responsibility, but who I listen to is. If I were a cattle rancher, the treatment and well being of the animals would be right up there on my responsibilities. That would be my problem, because the sin would be my sin. When someone who supports the slaughter of babies in the wombs of their mothers tells me about humane cattle practices, I am morally obligated to not let them take authority in my life. They are saying, in effect, “Listen to me as I tell you what is evil and what is good.” For me to listen to them is for me to give them an authority in my life that they have no right to.

Now I know what many of you are thinking. You are thinking that if there is this evilness going on in the farms, then it doesn’t matter who told us about it, we need to not be hypocrites and acknowledge it. And I almost agree with this. Except I don’t. First of all – when people do this sort of thing, they are not the cattle ranchers, and we are not the cattle ranchers. They are asking us to listen to them as they sit in judgement over someone else. My problem is not with admitting that things are probably going wrong. Of course they are, because this is a fallen world. But our job, as Christians, is to fight sin with the tools that God gave us. This means that the sin that is happening in our own little cow farms is the sin that we ought to be up in arms about. Have I been unkind to one of my children? Have I been snarky at my husband? Have I been uncharitable, gossipy, rude, selfish, consumed by fear, envious, vain, or lazy? Is my farm honoring to God?

So why is it that this appeals so much to us? Why would we like to “ethically” source our meats? I’m sure I don’t know many of the reasons, but at least one of them is that it appeals to us to think that we could. We think that if we find a farm that is heaven on earth for cows, then we have done something right. But here is a sad reality. The heart of man is corrupt. A “happy” farm could be run by a man who abuses his wife. “Ethical” meat still comes to us by means of people, and people are always full of sin.

Now, I am not opposed in any way to the actual betterment of farming practices. I simply think that we absolutely must begin that by taking responsibility for our own sins which are right in front of us. One of those sins is letting people who hate God tell you what is good, what is true, and what is beautiful. God told us to not worry about whether or not the meat has been offered to idols before we eat it. Ok then, should we listen to Him? But wait! Has God seen the documentary? God has seen much more than the documentary – He sees our hearts. He sees the lives of all the animals in all the farms in all of the world, ever. God knows. Listen to Him.

I hope you can see that this is a different discussion than which foods are good for us. It is a discussion of who you are letting have authority over your consciences. Who tells you what is good? Who tells you what is beautiful? Who tells you what is true? Are you more comfortable with the ethics of the pro-abortion God haters who don’t use pesticides than a third generation Christian farmer who drives the truck with the huge eerie green tank? Then repent. Are you more comfortable exposing the sins of chicken farmers with people who think boys should marry each other  than you are eating a antibiotic riddled steak with people who love God? Then repent. Are you more interested in dealing with the sins of someone you don’t know than you are in confessing your own? Then repent.

As Christians take responsibility for the sins that we are sinning ourselves, things will change. Because we will become leaven in the world, not the antibiotics we so detest. When we worship God, love our neighbors, and eat with gratitude, the world can not be unchanged. When we go out on crusades to change the world, led by whoever, we are changed ourselves – and not into the image of our Savior, but into the image of our new leaders.