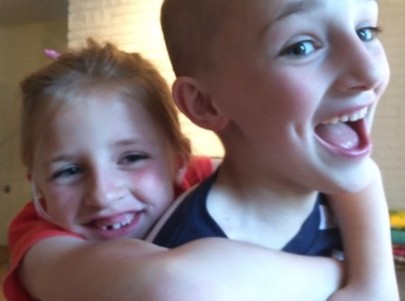 Emotional control is just another way of saying self control – but it brings something to the forefront. It might be easy to consider self control as pertaining only to actions – like you didn’t eat that brownie, so you exercised self control. But the self is a many faceted thing, and even though controlling your actions can be difficult, controlling your emotions is no small task. Often losing control of your actions comes a long time after you lost control of your emotions. Think of a woman committing adultery – long before she lost physical control she lost emotional control.  We do not usually lead with the body, but rather with the engine behind it.

First of all, the Bible has a lot to say about self control, but this one is so short and potent. Proverbs 25:28

Whoever has no rule over his own spiritIs like a city broken down, without walls.

Often times people think of themselves losing control as an offensive move. Like you go out with your flags flying to tear down someone else’s defense. But the truth is that losing control of yourself leaves you defenseless – it tears down your own walls. Of course you can do damage to others too – but not without damaging yourself.

Now take this metaphor, and apply to a whole family. Living in one place, with no defenses against anything. Like a bunch of looters, and a bunch of broken windows. Life without boundaries, life without security, life without joy.

So exercising emotional control in our own lives is hugely important. Not only are we are honoring God in our self control, and we are teaching our children to do the same. We want our children to value the protection of self control – and it really is a monumental protection. Right now, your sons may be little and self control may only mean not hitting your sister, or not biting. But in a few short years, self control will be all about not clicking on links, not listening to the Proverbs 6 woman at the street corner, and not following her down to death. Do not let your sons become practiced at tearing down their own defenses now, if you want them to be able to resist destructive sin later. Walls built up now will stay with them forever as a foundation, and walls destroyed in your youth will never be a refuge.

And our daughters – we want them to be like columns, like cornerstones sculpted in the palace style (Psalm 144). Strong, stable, secure, beautiful, unmoving, foundational. What may now only be a struggle to get dramatic and cry over something tiny, or to lose control if made to wear an outfit she doesn’t want to – that will not grow up suddenly into great stability and strength. Right now these sins are little enough to not be destroying lives – but they will grow, and they can destroy.

Teaching our daughters to control themselves now prepares them for life by giving them great strength, giving them great confidence. Popular wisdom today often tries to equate feminine strength with not being told what to do – as though it takes great strength to tell people off, to use foul language, to take nude selfies, or to just demand everyone treat you a certain way all the time. But this is like saying “Be strong, girls! Like a turtle without a shell! You don’t need that wall! Don’t control yourself, just let us all come in and rob you of everything!”  There is no hope here for strength. True feminine strength is seen in the strength of the walls around her – because it is self control that keeps them in place.

Now this is all well and good – but how do we practically implement this at home? Here are a few examples – a few principles that might help as you work on self control with your children.

1) Be self controlled yourself – do not yell, discipline in anger, get crazy emotive about little things. Mothers especially need to guard themselves from using their emotions to manipulate your children. When sin happens, as it will –  be quick to the walls with repairs. Confess, own the sin, seek forgiveness, move on.  Let God repair the walls as soon as you mess them up. Be honest and forthright with your children about what you should not have done – and tell them that you know it doesn’t please God and you have asked him to forgive you.

2) Emphasize taking responsibility. When our children get in a fuss or a tangle with one another, we ask them to each give their side of the story, only telling us what they themselves did. You may not tell on each other, but please, do tell on yourself. Occasionally there are exceptions to this. But the rule in our home is that if two people are fighting, two people are in trouble. If they are having a trouble with a sibling, they are supposed to come talk to us and ask for help.  But if one child begins drama flopping about the wrong they have suffered at the hands of the other child, they will also have to explain the lack of self control. There are no rewards for losing control. Obviously, this takes the initial investment of following through on these things and talking through it every time. But it is so, so worth it! Your children will start to see and correct their own impulses to lose self control.

3) When your children deal with people who are unkind to them – do not show them that your method is to lose control yourself. We try to handle bad behavior from others by taking responsibility for ourselves. So, for example, one of our daughters was having a hard time with an exclusive group of little girls. We talked about how we cannot control them, but we have to control us. This was a wonderful experience for her to see what it is like to be excluded and to look at how she might be doing that to others. She came away from that little problem with a deeper understanding of herself, and a softer heart towards others. And in the course of talking her through that I found a childhood friend on Facebook to apologize for the way we excluded her back in the third grade. Had I gotten on the phone to honk the horn to all the parents about the situation we would never have learned the things we did – and I would not have thought of someone who was owed an apology.

4) Do not use entertainment as a band aid for bad attitudes. I know and you know that sometimes the easiest thing to make everyone quiet would be to turn on a show or let them play video games or something like that. But you cannot fix a lack of self control by indulging it. If your children aren’t controlling themselves well and are bickering and being unkind, dial up the requirement. Dial up the opportunities to control yourself. If a muscle is weak, exercise it.

5) Related to that, practice! When our little people mess up with something, we often give them a chance to try it again. Just this morning I told Blaire to go get on her play clothes and she cast a weary eye and raised her voice in sorrow. So we dealt with that, but then I say something like, “Hey! Let’s try again! Go out of the room and come back in. I’m going to tell you what to do, and this time you are gonna do it right.” This way whatever discipline has taken place, we end on a note of success. “Good job! That was perfect! I love it!” is a much better ending than, “Let that be a lesson to you – I never want to see that kind of thing again – that was a bad job.” End by building up the wall that got broken.

6) Remember that all of our efforts are weak, but that the Lord Jesus knows all there is to know about resisting temptation. He is our ultimate rock and refuge, our strength in weakness, and our hope. We try to imitate him in controlling ourselves, but we can never replace his work in our lives. His sinless obedience is the perfect wall around us – so that we are free to live in joy with one another. Hebrews 2:18 says, “For in that He Himself has suffered, being tempted, He is able to aid those who are tempted.” And amen!