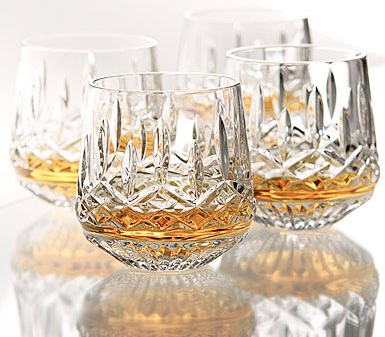 There was a lot of outcry over my last blog post, and much of it was not really “interact-able” if you will. (Shrieks and howls aren’t terribly well-reasoned, and thus are hard to answer in any meaningful way.) One notable exception, however, was from Jory Micah – who wrote a response which was both sane and charitable. I’d like to walk through her post, but before I get to that I want to just make a general observation.

I wrote that last post entirely pointed at a particular form of “patriarchy” (or “complementarianism” if your prefer)  which I have seen with my own two eyes, and to which I object on every level. That was the point of the post. Yes, I made it clear that I don’t believe feminism is the answer to the problem . . . but the point of the post was to emphasize that I actually understand the feminists’ antagonism to certain kinds of patriarchy.

And yet, it is noticeable that not a single squawk did I hear from any misogynists, telling me to not be so rude to them. On the other hand, many feminists are currently still rolling on the ground, clutching their skinned knees and shouting about their hurt feelings or my terrible manners, busily being deeply wounded on behalf of abused women everywhere, or just calling me names. That tells me something about their general thin-ness of skin, and also about their ability to read carefully and follow an argument.

One thing I particularly appreciated was that she was actually able to see that I was cracking myself up as I wrote . . . not, as certain people assumed, typing on the brink of an especially judgey, rage-induced, apoplectic fit. What this tells me is that she is actually able to read, and this gives me much more confidence that we could have a sensible exchange.

She opens by observing that had I been born into her home I probably would have been a feminist too . . . and I’m pretty sure she’s right. In fact, once again, that was one of the points of my previous post. Just as far as my personality goes, I could easily have ended up there.

She then goes on to say that as a feminist she embraces a life of contrasts – tough and tender at the same time, high heels and boots, wine and beer. I would simply answer that you don’t have to be a feminist to do that . . . I’m all over that! I love a black tie dinner and I’m also very fond of my red bandana. I like my stilettos and I like my Chuck Taylors. I have nothing against contrasts – that’s the stuff of life after all. But I do try to draw that line at contradictions. High heels can live in the same closet as boots and there’s no problem there. But there would be a good deal of mental confusion involved if I liked to attend vegan, animal rights marches on Fridays and then go elk hunting on Saturdays. A lady confidently told my sister one time . . . “I’m a Calvinist AND an Arminian!”  . . . and that’s the kind of embracing of contrasts that I would object to – on the grounds that it makes no sense.

I happen to think that much of the current evangelical feminist rhetoric falls into that contradictory category – but it should be noted that I would not have the same objection when confronted by the radical feminists, say, of the ‘60s. The second wave feminists at least had the virtue of maintaining their aggressive rhetoric across the board. The reason I said that “evangelical feminism” is an oxymoron is because ladies in this camp want to have it both ways. They want the shock value, the punch, and the follow-through that attends actual aggressive radical feminism, but they also want to be able to retreat into a place where no one is allowed to say anything unkind or hurtful, where everyone is loved and affirmed, where a wounded feeling is the ultimate trump card, and where we see micro-aggressions everywhere. I have a hard time envisioning Gloria Steinem insisting there be a giant trigger alert on the cover of the famous 1976 MS issue on battered wives. I would take issue with the whole project of the radical feminist movement, but I do at least respect them enough to think that those ladies could take it as well as dish it out. But, as witness the sheer number of wounded sensibilities caused by my last blog post which wasn’t even aimed at them, evangelical feminists do not appear to have that same ability.

In the next section, Jory asks me how I would feel if someone told me it was against God’s will for me to create a line of children’s clothes or be a high school teacher. And again I would refer her back to my post. I have actually had patriarchy super-fans tell me those very things – so I can answer the question by drawing on auto-biographical information. When I was 17, and someone said that kind of thing to me, I was tempted to feel excessively irritated. My contrarian streak would generally fire up on all cylinders, I would mentally say something like, “Yeah? Well watch this you little fathead!” But because of the splendid father God gave me and the time he put into teaching me to think in a straight line rather than ricocheting all over the place like a reactionary pin-ball, I don’t actually respond that way anymore. These days my response is a bit bland I’m afraid. I, in fact, don’t care what they think. You can’t fathom the depths of my indifference to the opinions of little bossy-boots, for whom what I do with my life is none of their business.

But I can’t let this pass without taking a moment to also point out that “how I feel about it” when someone is a pain in the neck to me has absolutely no bearing on on whether or not their opinion is true. How I felt about it when I was 17 was different than how I feel about it now, and that doesn’t make the slightest difference to the truth of their claim, nor would the truth be affected if I suddenly felt differently. If I want to know whether it’s against God’s will for me to do something, there’s a very straightforward way for me to check. I search the Scriptures and see what God actually said. I do not answer the question by taking the temperature of my feelings. No sensible epistemology was ever derived from emotion. “How I feel” is utterly and completely irrelevant to truth claims . . . and this is something which our latest wave of crusading feminists would do well to stop and ponder.

Jory then goes on to say that it’s quite rude of everyone to say that the women who feel (there’s that word again!) that they have been called to the ministry are mis-hearing Jesus. But here’s the thing. There’s a pretty simple and straightforward way to determine whether or not you’re mis-hearing Jesus. Let’s look at what God says, and let’s remember that He doesn’t contradict himself. He was helpful enough to give us a book. What does he say there? Note that this is a very distinct question from “What do I feel like in my heart?” I have no idea what you may be sensing in your heart . . . but again, feelings have no part in a discussion of truth claims. A statement is either true or it isn’t – and it remains true whether I am alive or dead, victim or perpetrator, cranky or excited, wounded or happy, have a headache, or am feeling hormonal. It remains true regardless of how many people wish it wasn’t.

So if we want to talk about women’s roles, that’s great. I think there’s a stupendous, fulfilling, brilliant answer in the Scriptures which far exceeds the extremely low bar which the feminists have set for their aspirations, and which far exceeds the “let’s smother the women” approach of weak, threatened men. On the other hand, if we would prefer to talk about our feelings, let’s make sure we notice that’s a separate discussion. The difference between subjective and objective is not a a small quibble. They’re related of course, but it’s a bit of a one way street. Objective truth does and ought to have direct implications on my subjective feelings, but my subjective feelings have not the slightest impact on objective truth. So if we want to talk about God’s will, we need to look at what He said, not at the state of our own emotions.

I totally see that this kind of thing can sound a bit brutal – a sort of, “your feelings don’t matter and no one cares if you’re hurting” approach. But in truth it’s actually nothing of the kind. It’s ridiculously freeing. Why? Because emotions are ruthless little tyrants when given too much authority and they will happily enslave you. If I allowed myself to be driven by an emotional reaction to feminism and started wearing only bonnets and calico dresses, the only person who would suffer would be myself. In the same way, if I had allowed myself to be driven by an emotional reaction to the little patriarchy nerds and refused to ever have children, I would have lost out on more than I care to think about. Being able to say, “Take that patriarchy nerds!” would be a shockingly poor trade. By refusing to let my emotions sit in the driver’s seat, I’m actually freed from being dominated by other people’s sins.

Jory concludes with the hope that one day I will be converted to feminism. But I’m afraid I’m not willing to settle for the anemic vision of women’s roles offered to me by feminism. I believe the Scriptures offer us something far more glorious than “equality of authority”  which sounds pretty boring and tedious after all. The feminists seem to have set their sights on the dream  that one day we women will be allowed to drink light beer – when actually God is offering to pour us some whiskey.