The exhortation to love one another is the most basic Christian doctrine there is, and we are to be known for our love for one another. But some see us as haters. In fact, not long ago a woman came up to my husband and me while we were out to dinner, and she called him a hater. At the time I chimed in and contradicted her. He most certainly is not a hater in the way she claimed.

But as I thought about it later, I realized that actually he is a hater. And so am I. And so are you. And so is that woman. We all hate something. She apparently hates haters. But being a hater is not a bad thing in itself. It all depends on what it is we are hating.

God Himself hates lots of things. He hates sin. If He did not hate sin, Christ would not have  gone to the cross to redeem us from it. God is the ultimate hater because He hates sin more than any of us do, and we would do well to hate what He hates more than we do. Consider these seven things that God hates:

Do you hate these things? Then I guess you are a hater too. And we are all in good company because our Maker loves the world so much, He hates sin so much, that He sent His only begotten Son into this world.

“But God demonstrates His own love toward us, in that while we were still sinners, Christ died for us.” (Rom. 5:8)

In this momentarily upside-down world, if you hate what God hates, you are called a hater. It reminds me of the man who was simultaneously screaming at my husband and flipping him off with one hand, while holding a large sign with the other that said, “No hate here!”

Woe to those who call evil good, and good evil; Who put darkness for light, and light for darkness; Who put bitter for sweet, and sweet for bitter! (Isaiah 5:20)

If you are called a hater, be sure it is for the same things that God hates. Just as we love imperfectly, so we hate imperfectly. But nevertheless, we are called to do both, and all to the glory of God.

Some courageous women from Christ Church have started their own blog called Women Freed where they tell their stories of past abuse and the road to healing. 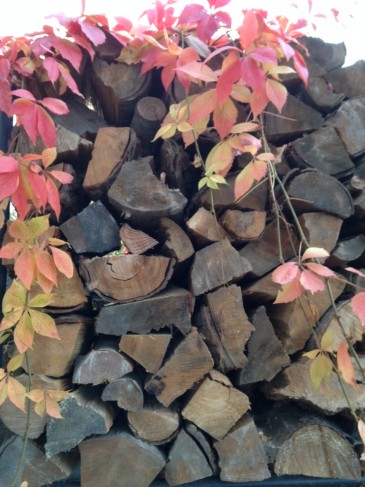 Thomas Watson, said “A holy heart knows there is nothing lost by obedience” (Religion Our True Interest). He gives this example: “A heathen exercising much cruelty to a Christian, asked him in scorn, what great miracle his master Christ ever did? The Christian replied, ‘This miracle, that though you use me thus cruelly, I can forgive you.'”

I have sent so many people to Dr. Grant Horner’s Bible reading program, that I thought I should just put up the link here for you all. If you’re looking for a good daily reading program, this is my favorite. I know there are dozens of good Bible-reading systems, and really, as long as we are in the Word, that’s the real point. But the thing I like about this one is it has me reading ten chapters a day in ten different books, so I am all over the Bible all the time. Don’t be daunted by the ten chapters a day. You will be surprised how quickly you can do this once you get started.

The next favorite is Handbook to Prayer, Praying Scripture Back to God by Kenneth Boa. This little book has three months of prayers, one per day. It covers adoration, confession, renewal, petition, intercession, affirmation, thanksgiving, and a closing prayer each day. Each section is filled with Scriptures as well as different suggested subjects listed for petitions and intercessions. I have really benefited from using this daily prayer book.

My favorite devotional reading is The Loveliness of Christ by Samuel Rutherford. But I have lifted many favorite quotations out of books by Thomas Watson as well. And John Bunyan.  And Matthew Henry. And Jeremiah Burroughs. And Charles END_OF_DOCUMENT_TOKEN_TO_BE_REPLACED 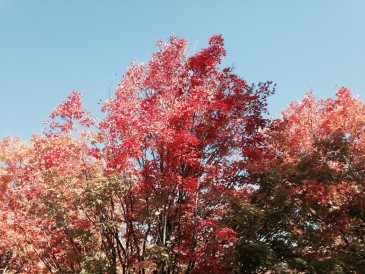 One of the things we regularly hear is how wonderful our Christian community is here in our little town. And it really is. We have many faithful churches, a Christian college downtown, Logos School,  home-school groups, Canon Press, and many flourishing businesses owned and operated by Christian people. We have many opportunities to celebrate together at weddings, showers, potlucks, prayer groups, book groups, Bible studies, psalm sings, and women’s fellowship gatherings. And when a need arises through illness or loss, meals are made and varieties of help are sent.  And I only know the half of it. Most of this happens from the ground up. It is not always “organized” by the church proper, but rather the saints are simply active, engaged, and hungry to give and serve one another. It is such an outpouring,  it is hard to believe unless you have seen it with your own eyes. God has clearly blessed our community in a remarkable way.

Not only has God blessed us with rich fellowship, but He also blesses us with an occasional outburst of slander against our church. Back in the 1980’s, it was confined to the front page of our daily small-town paper and the letters-to-the-editor section. (Nothing like slander to sell papers when there’s not much else happening.) Then as the years went by, the internet provided an easy way to sponsor a slanderous outburst (no editors to deal with, so everyone can participate in spreading lies and venting bitterness, even with bad spelling).And so it goes.

I haven’t kept track, but it seems to erupt every few years. In fact, this is the second time I have had a beautiful grandchild born in the midst of “public calumny” against  my husband. (I couldn’t keep the news out of this post that Moses Henry Jankovic was born two days ago!) I have come to believe that this strange phenomenon is a significant part of the reason for the rich blessings of our community life that I described above. Here’s why I believe this: Jesus said so.

“Blessed are you when they revile and persecute you, and say all kinds of evil against you falsely for My sake. Rejoice and be exceedingly glad, for great is your reward in heaven, for so they persecuted the prophets who were before you” (Matthew 5:11).

In other words, when our church and pastor are lied about, we are blessed. And so our church community benefits from these large doses of slander every so often because they are actually large doses of blessing. Our job is to rejoice and be extra glad during these times because a reward for us is accumulating in heaven. I believe this END_OF_DOCUMENT_TOKEN_TO_BE_REPLACED

The go-to verses  regarding contentment are found in Paul’s letter to the Philippians: “Not that I speak in regard to need, for I have learned in whatever state I am, to be content. I know  how to be abased, and I know how to abound. Everywhere and in all things I have learned both to be full and to be hungry, both to abound and to suffer need. I can do all things through Christ who strengthens me” (4:11-13).

Here are a few observations about this text.

Paul had to learn contentment. It is not natural for us to be contented. We are sometimes hard to please! So we ought to determine to be learners alongside the apostle Paul. We are in good company.

Paul learned in “whatever state” he was in. So this  means every situation is a learning opportunity. We don’t have to enroll in a special contentment class. We’re already in it! The contentment lesson is always on the blackboard, and we are always invited to learn it.

Contentment is needed in basically two areas:  things we have and don’t want, and things we want and don’t have. That about sums it up. You might make a list of things that fall in these two categories, and see how your contentment is faring.

Who teaches us the contentment lesson? Christ does. He not only teaches, but also strengthens His students. And why do we need strength? Because contentment is not an easy lesson to learn. Like so many things in the Christian life, contentment is simple, but it is not easy.

Now let’s look at another passage that mentions contentment. Hebrews 13:5: “Let your conduct be without covetousness;  be content with such things as you have. For He Himself has said, ‘I will never leave you nor forsake you.’”

What is our ultimate reason for contentment? He will never leave us. He will never forsake us. He is committed to His people and He keeps His word.

Contentment is the perspective we bring to the way we read our own story. We read our lives by faith, trusting that God is teaching us to trust Him. Contentment is a deep satisfaction with the will of God in our lives.

Discontent is an alternative way of reading our story. This requires no learning, for we are born knowing how to  grumble, murmur, and complain.

Is it hard to be content? Yes. In fact it’s impossible. But you can do all things through Christ who strengthens you.