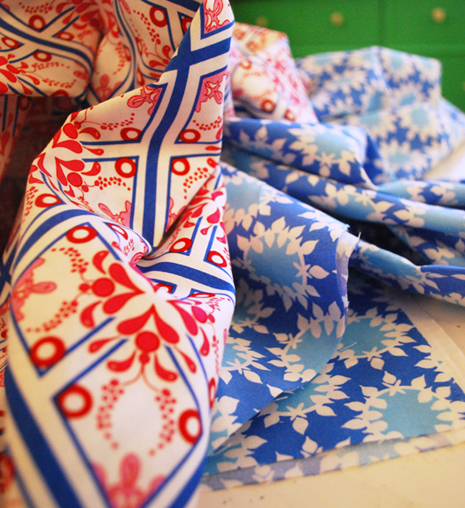 If anyone out there is feeling inclined to add to their fabric stash, I’m giving away 2 1/2 yards of my fabric over at the Amoretti blog! (Come on – you know you want to sew something . . . . ) 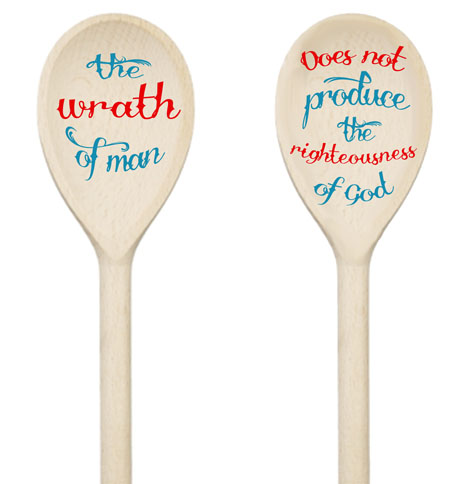 My husband just preached on anger this last Sunday, so it’s been a topic of conversation around our house lately. And since it seems to be a bit of a topic in the comment sections here, I thought I’d weigh in with two small cents . . . on anger as it seems to manifest itself in wives and mothers.

Let’s just say (hypothetically of course) that you have just completely lost the bubble with your children. (That would never happen, right?) You got tweaked all the way out because they were being loud and rambunctious and they woke up the baby. And, (this is the vitally important part), you TOLD them not to be loud or they’d wake up the baby. You said it plainly and in English, and now they’ve gone and done it. This is clearly a flagrant disregard of your authority, of God’s law, of the ten commandments, of all the laws of nature, of house rules, of all human decency, and now you’re not going to have your calm moment to sit down and sip your tea and look at Pinterest. Or fold your laundry. Or get caught up on your email. Clearly (you tell yourself) you need to show the children the full weight of their offense. What better way to do this, than to pack all the punch you can into your frown, ramp up the tone of voice, raise the level of sarcasm to previously unscaled heights, and grab them (too tightly) by the shoulder and frog march them to the bathroom? All of this, you reason, is to show them how badly they have offended God – you are clearly obligated to show them how grievously they have transgressed.

If you don’t have a baby, then change the above scenario to the one where your daughter used up more minutes on her phone than she was allotted, or sent more texts than she was supposed to, or didn’t get her chores done. You draw yourself up, put your hands on your hips, and commence an outraged speech, littered with tasteful phrases like, “Why can’t you ever LISTEN TO ME???!!!” END_OF_DOCUMENT_TOKEN_TO_BE_REPLACED 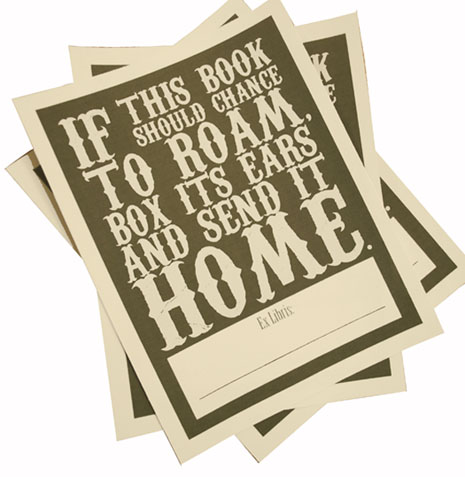 I’m just throwing this out there . . . but here is a fun, cheap, easy, and generally awesome little boy gift. Since it’s a download, you can print out as many as you want, as many times as you want. Stick some in your son’s stocking, tie some on top of the new book for your nephew, give a set to the little boy you babysit . . . you get the idea. All you have to do is download, print on sticker paper like this, slice them apart, and you’re done. Easy peasy! Here’s all the info right here. (Pairs well with The Dragon’s Tooth which I’m sure you’re getting for lots of people on your list, right?!) 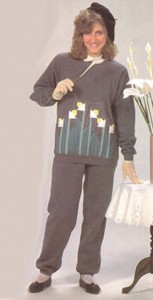 Are you drinking this in?

I’ll bet that, in this recent season of thankfulness, you forgot to mention your gratitude that this outfit  is not in style. I can’t even wrap my mind around it to be honest. Cast your eye over it again. Did you forget to notice the dressy gloves paired tastefully with a sweatsuit? I’ll bet you did. No one expects gloves. And honestly, I’m still stalled out back at the SWEATSUIT!  With tastefully appliqued floral motifs upon the sweatshirt, no less.

Another thing you may have missed on first glance, taken aback as you so rightfully were by the sweatsuit, is that this poor girl is sporting a tam, perched precariously on the side of her perm. I think that’s why she has to hold her head that way –  bobby pins are only so sturdy after all, and the whole thing may slide down onto her shoulder in a minute.

Take a quick gander at the foot gear.  Yes – your eyes have not mislead you – dress shoes with socks.

Now that she’s decked out in this sumptuous ensemble, what does she do? She loiters coyly by a lacy tea table,  holding a lily. Possibly to indicate the variety of lifelike instances in which this outfit would be appropriate.

Where did I get this photo you ask? No – it’s not my senior picture . . . thank heavens. END_OF_DOCUMENT_TOKEN_TO_BE_REPLACED 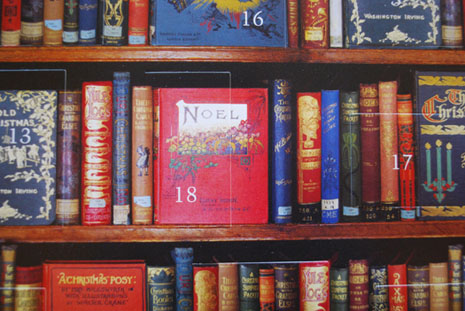 So if you need an awesome advent calendar, make sure to pop over to the Amoretti blog to enter for a giveaway! 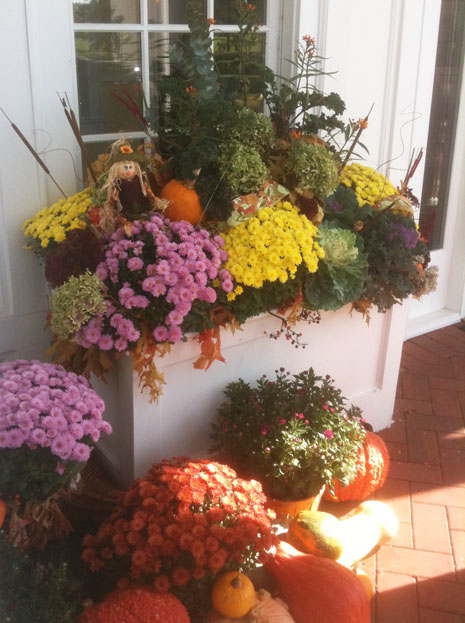 So, Mom is out of town. At Presbytery. Well, technically Dad is at Presbytery, and Mom has been out with the girls, shopping and generally whooping it up. She sent me this pic of somewhere that they went for lunch, and she’d like you all to think that it’s her front door.