. . . but just in case anyone needed a visual aid about how our move back to the States went, this is generally how it looked: 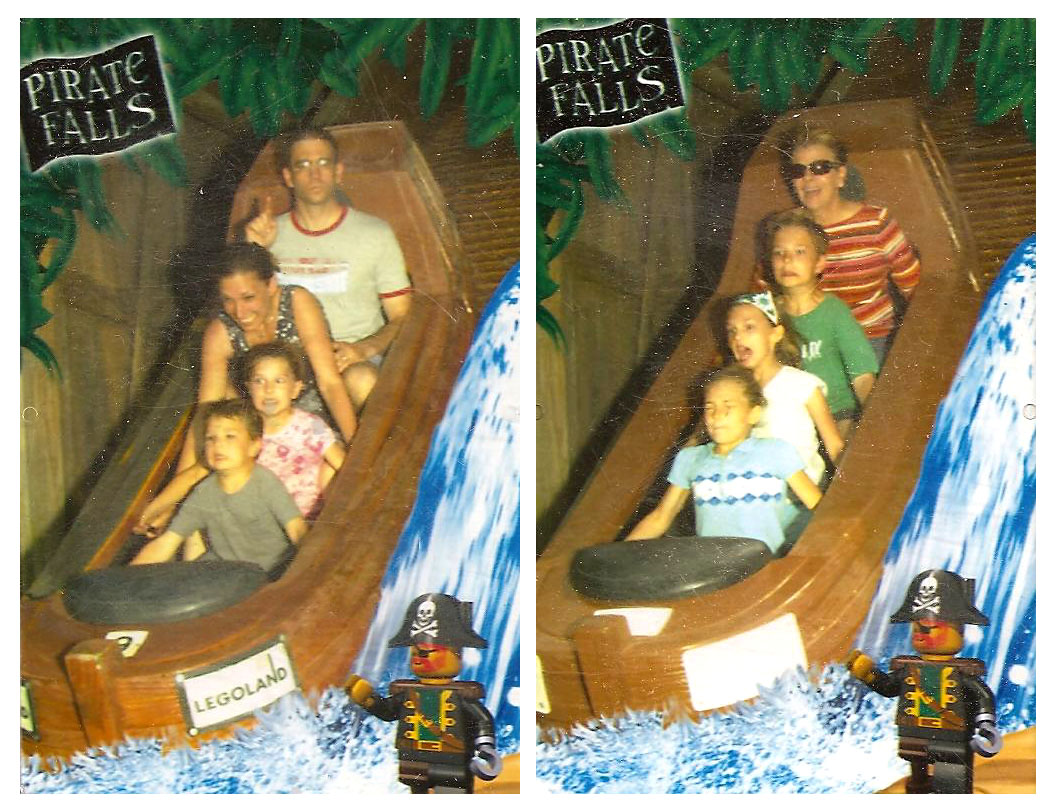 Note the various people holding their collective breaths. The screamers. The hair blowing straight back and turning gray at the roots. The sort of shocked horror and also the obvious question mark that is in almost all of our minds about why we ever stepped into this crazy ride. And then look at Mr. Calm there in the back left – making dry gestures at the camera. That’s how we got into it.

It was fitting that this picture was taken in our last week in England. It sums it all up.

We had to go to Legoland in our last week. Of all things. And that was because we had promised our children for months that if they all got their math facts in the correct times we would take them to Legoland at Windsor. And they did it. And so in the last week, when I should have been packing and selling things and scrubbing walls and generally being productive . . . I was off at Legoland being the designated adult that took children on the pukey rides . . . because it was a debt of honor that we couldn’t leave England without paying.

Loads of fun though. I highly reccomend Legoland. Do they have them in the States? I would have thought Legos were an American thing . . . but whatever the case, Legoland at Windsor is a festive little trip.

Favorite comment from the trip: We were going through Loki’s Labyrinth in the Viking Land section. And, because the kids have all seen the Minoan exhibition at the Ashmolean in Oxford a number of times, I said something clever like, “Let’s hope there’s not a minotaur in the center.” At which point my 11 year old son pops off and says in a terribly patronizing way, “There won’t be Mom. This is Danish, not Greek.”