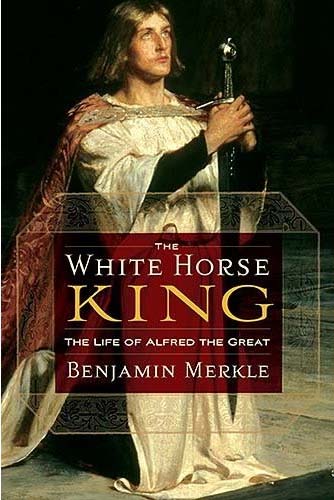 I mean, really. How festive is this?! It’s finally out and about and ready to order.

Ben wrote this biography of King Alfred last year (while he was also working on his Oxford dissertation, rowing for Christ Church, being a dad to five kids, and having chronic car trouble.) Impressive, yes? Of course, this also means that the book was written right dead spang in the middle of Alfred’s old stompin’ grounds, and that lends the book an especial aura of authenticity. Oxford is only about 30 minutes from Wantage – the birthplace of King Alfred . . . and the White Horse is right next door. It was definitely one of our favorite Saturday afternoon destination spots while we were there. Since you clearly don’t believe me, I’m going to proceed to post some photos to prove it. 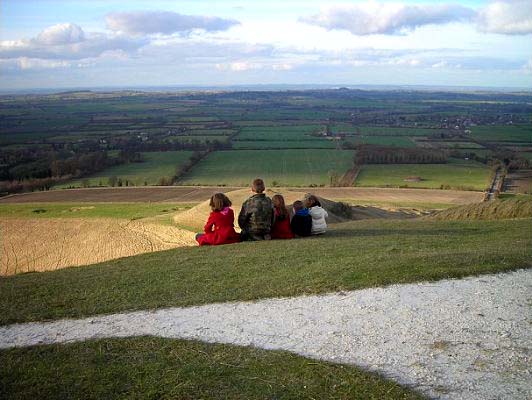 Here are the kids – nestled right into the huge chalk carving and looking out over the Berkshire Downs. However, if you read Ben’s book, you’ll find out that they’re sitting precisely where Alfred fought a bloody battle with the Vikings and won his first victory.

About two miles off into the fields is an old castle mound known as “Alfred’s Castle.” This is most likely where Alfred camped with his men before the battle, while the Vikings had the higher ground at the White Horse (previous picture where the kids are sitting). We tromped out to see Alfred’s Castle one cold, drizzly day . . . and we took a picnic. We had to pick our way through a muddy forest, and climb over an awful tangly heap of branches to get over the stile – and as we crested into the field we saw these incredibly picturesque horses in the distance. We sloshed through the mud and went up to the top of the mound, found a relatively dry spot to sit on the earth wall, and got out our lunch. Instantly those horses turned and charged. They were no longer scenic. They were mean spirited ruffians who hussled us and bullied us and cut me off from the rest of the family – and I was the one holding the food bag! They shoved at me with their heads in a very forward sort of way and tried to get their noses into the bag . . . I was balanced on top of the wall and couldn’t really go off either side – and there were two big horses blocking me off from the rest of my gang! I howled for Ben and was a complete baby about it – he, meanwhile was dashing the kids over to the fence (quite a ways off!) and chucking them over. Then he came back and rescued me from the hooligan horses and we made our getaway. After we were over the fence however, they became quite scenic again. 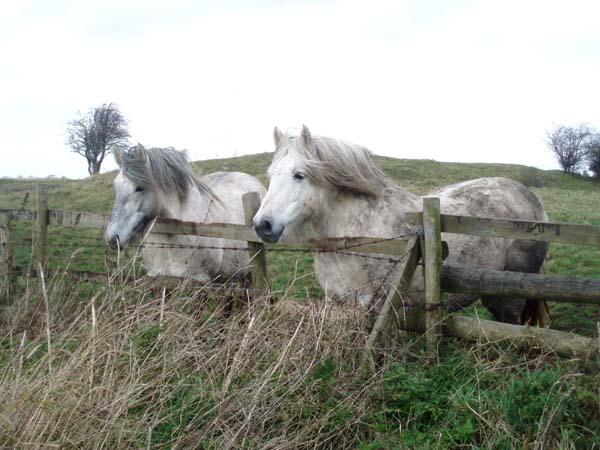 But you can’t tell me that those horses weren’t thugs. Check out their beards: 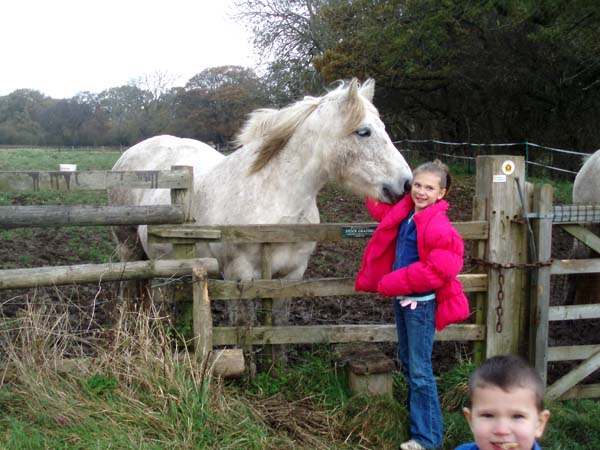 Incidentally, and purely as a matter of interest, Alfred’s Castle is located on the extensive grounds of Ashdown Manor. Ashdown was the name of the Viking battle by the by, and Alfred left his “Ashdown Estates” to his wife when he died. The house that is currently there was built in the 17th century and strangely enough, it ties in with Ben’s dissertation in a weird and roundabout way . . . which is strange since his dissertation is on Reformation Heidelberg and has nothing whatever to do with Alfred. The details are somewhat blurry for me – but I think it’s to do with the house having been built for the Winter Queen (widow of Frederick V) by someone who was smitten with her after she moved to England. Anyhow, Frederick V is how Heidelberg enters into it. 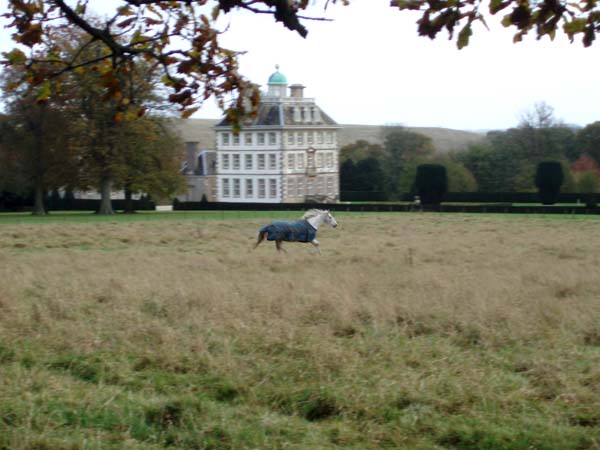 This is a picture of the house – and you can see that the horses kept nearer the house are quite a bit more well bred and wear blankets. However . . . any of you who watched the Amoretti video might recognize the house from the shot there at the end. In the video it’s the forest off to the right that you have to trek through to reach Alfred’s Castle.

Anyway, there it is. Photographic evidence that Ben was right in the thick of Alfred territory whilst he wrote the book – and that no doubt produced a far superior product wouldn’t you say? Feng Shui and all that. Plus, the book is dedicated to me in Anglo Saxon . . . and that’s just fun.

13 thoughts on “I have something to say”