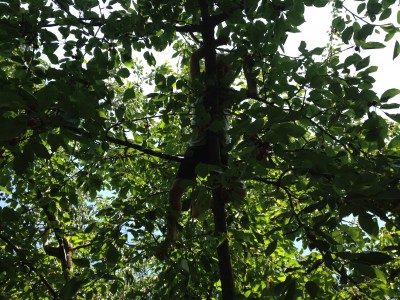 There has been so much to love this summer. So many funny people running around our house stretching their longer legs and newer skills. While Daphne has been able to read for a while, she has really started reading on the fly this summer – catching passing road signs, and enjoying her new ability. All of our girls have learned that they have a passion for gymnastics, as well as the sparkly suits, and we have had to break it to them that they are already pretty much taller than all the gymnasts. Luckily, Visa made a commercial about the olympic gymnast hopeful who got too tall for gymnastics and had to become the best female pole vaulter in the world. So there is still hope for the people who run and leap and dance about the house in their nighties.

I have found yet again, that I really love two years old. So funny. So rich. So absolutely fun. I find that most of the pictures on my iPhone are Blaire doing various sketchy deeds. Such as this one. 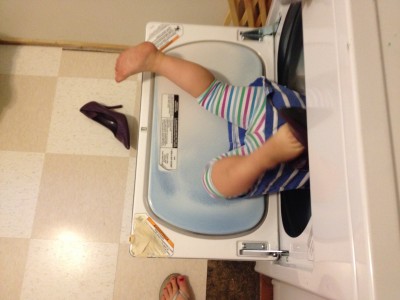 Or then there is this one. 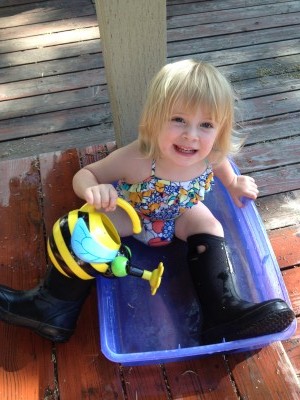 She climbs on counters and gets into sinks, colors on things that aren’t paper, tells jokes that all of her siblings find unbearably hilarious, and generally keeps us on our toes. Just last night she came and got in bed with us (worst bed hog ever), and was full of news about the snake that had apparently troubled her dreams. After a while, when we were both sure she was asleep again, she suddenly said  “All gone snake!” and sighed heavily.

But it isn’t just all the growing up of two that we love. Having a near eight year old has been a whole other level of delight. She is so funny, so full of beans, so capable, and completely delightful. She knows how to text from the iPad, and sent me this little gem the other day: 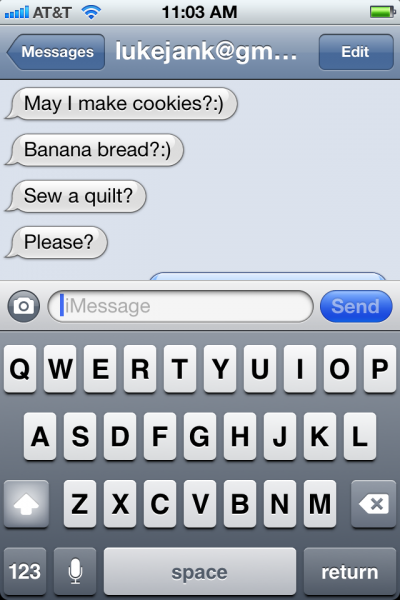 And while I am afraid that this particular text got her nowhere in her baking crafting dreams, she has been putting in a lot of hours knitting, crocheting, weaving, baking banana bread, reading manuals to sewing machines and asking me intricate questions about the feed dogs in the Dog lick mat , as well as reading prolifically. She has shown a flair for the medical side of life, asking me to tell her what placentas look like exactly, going over how they work, and wanting to hear all the news I can think of surrounding them. On the side she writes hilarious texts and bits of work that summarize our life. From today’s writing:

“I love my mom.  I can’t wait till baby brother is born.  Mama is getting lot’s of contractions.  We’re all bustling around getting ready for him.  Mama’s bustling around making him. Hahaha.  Now where was I?  Oh I was at the Hahaha part.  Now what’s MY name?  It’s EVANGELINE!!!  Oooop’s.  So,

As you can see, we are getting very grown up around here, but not so much that we don’t bust out of bed in the morning and climb in a cardboard box right away. 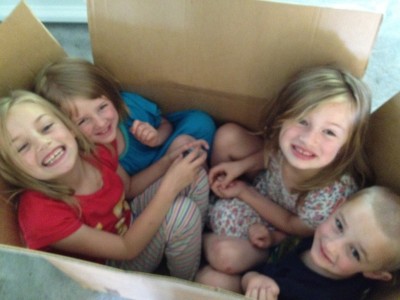 And all that bustling around she spoke of? Well – I am happy to report that some things have been done! It’s amazing but true. Some tasks have been checked off. We have moved the big girls into their own room, having first painted and put in new flooring. It’s not totally finished yet, but it is great. Here is a photo of the mural that I painted with the bedding piled up underneath it, but you get the idea. 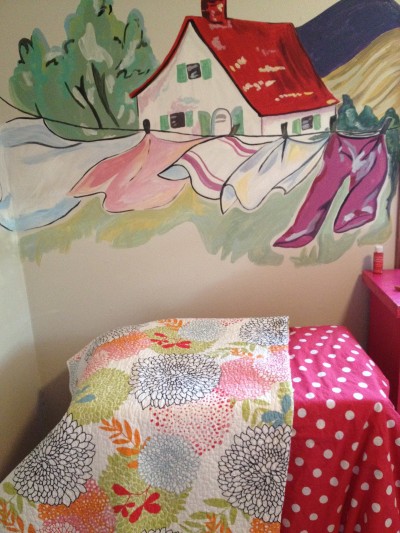 Our room has been refloored, de popcorn ceilinged, painted, and generally made more habitable and less coffee stained beige carpet. That is good news especially for me, because I rely on a clean and clear master bedroom once a new baby arrives. I even finally finished a knit pillow that I knit over a year ago, but never finished all the way off. It is now on our bed, reminding me that sometimes, something gets done, eventually. 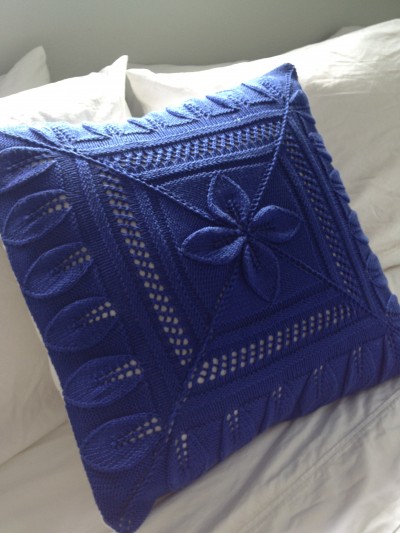 I have been knitting other things too – a new hat for our baby man on the way, baby socks for the new babies at church, and finished a scrap sweater for Chloe for fall. I have to say that the scrap part of the sweater is a bit of a false hood. I have a lot of yarn. I love to use it. So I started a sweater with the plan to use up a bunch of my super wash merino. But, after the first set of stripes I felt that solid stripes would not please me as much as heathered grey. So I ordered two new skeins of yarn to knit the stash busting sweater. Oh well! At least I only had about a yard and a half of it left so  I didn’t add anything to the yarn room. Not that I would mind that. 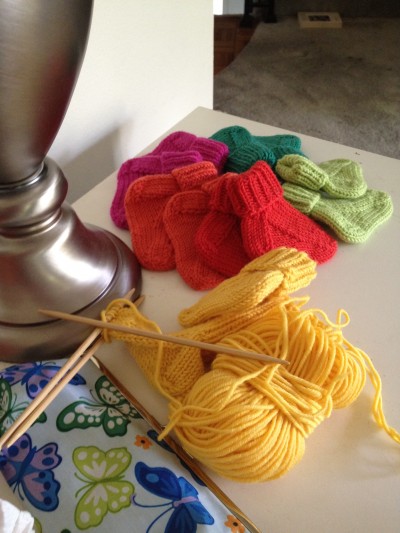 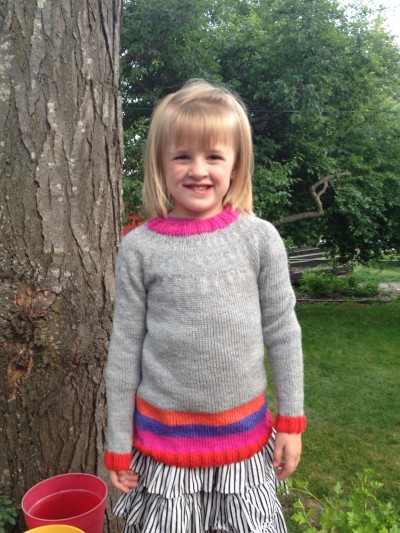 And there you have it. Random tour through our summer, as found in my iPhone photo library. I also found a good ghost mannequin service and will soon be filling up the photo library with some new subject matter!

20 thoughts on “Summer as found in the iPhone photo library.”