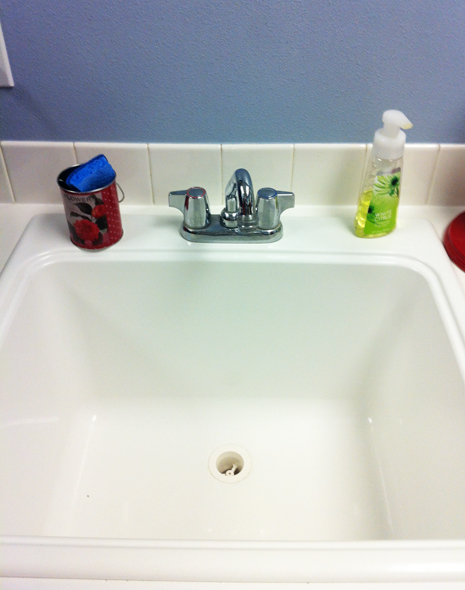 I have decided to share with you a little secret about my father. It’s time someone spoke out and let the world know what he’s actually like. Over the years, people have asked me this question a lot. They want to know the actual sordid truth – the unvarnished reality of how things REALLY are at the Wilson home. Well here it is, world, the shocking tell-all. Sharpen your pencils to take some incriminating notes that you can bring up later when you don’t like something he says about NT Wright.

As it turns out, my dad is a bit of a radical when it comes to playing Hide and Seek. Absolutely radical. Most people probably never see this side of him. For instance, I don’t imagine it happens at the office very often. One would assume that most of the people who drop by for an appointment don’t find him lurking down behind his desk or crouching behind the bookshelves. If all you ever do is read his books or his blog, you probably would never guess the truth. It’s only those closest to him – his children and his grandchildren – that could tell you about this shocking side to his character.

He is a master at picking the most completely unexpected places to hide. I remember as a kid, if you could talk Dad into a game of Hide and Seek then you knew it would be exciting. Most of the time he would be “it” and we would hide. But every so often it would be his turn. Nate and Rachel and I would go into some closet somewhere and count – and he always made us count to some absurdly high number so as to give him time to get into his ludicrously complicated hiding place. Once we emerged from the closet, all sweaty and stuffy with staticy hair, we would commence the hunt. We would hunt and hunt and hunt. Eventually we would decide that he had abandoned the family and moved to New Jersey while we were counting. Mom would start giving us hints, and Dad would start thumping or clicking or whistling to try and guide us to the right spot. Even with that it usually took us a while.

One time, after we had ransacked the entire house, Mom told us to try looking up high. As we walked through the house for the quadrillionth time, looking up high this time, we went into the hall. Dad’s face was poking out of the ceiling at us and nearly gave us all cardiac arrest. He had actually wangled his way up into our little tiny crawl space of an attic. Another time he got under Nate’s bed. That doesn’t seem too outlandish I realize, but Nate’s bed was a captain’s bed – there was no “under” that bed. He actually had to lift the entire bed up, crawl underneath and pull it back down over him. It’s a wonder he didn’t suffocate in there before we found him – it took us ages. Even with all of his whistle hints we still couldn’t locate him.

One case of exceptional cheating occurred when he actually just went to the neighbor’s house.

Another time that we had been hunting for about three months for him, Mom told us again to try looking up high. You’ll never guess. Seriously never. It scared the dickens out of us when we finally spotted him sitting cross-legged on top of the fridge. I kid you not.

Why do I bring this up now? Well I’ll tell you. Several weeks back, Mom and Dad were babysitting some of the cousins. Eventually, the evening found its way into a game of Hide and Seek. Dad’s old skill set came back with a vengeance, and whilst the cousins were diligently counting somewhere, Dad headed back to his old stomping grounds on top of the fridge. Not the main fridge in the kitchen mind you – he was actually targeting the extra upright freezer in the laundry room. He leapt onto the counter, and was intending to flit across the intervening gap, much like a mountain goat leaping from crag to crag. Where things went wrong, though, was that as he was making his way across the complicated terrain of the laundry room, he stepped into the sink. Remember that this was the laundry room sink. Not a big hefty porcelain number like you would find in a kitchen, but one of those utility sinks that are made out of some kind of plasticy-melaminey sort of material. That step was ill-judged as it turns out. Rather than soaring across onto the freezer, his foot went straight through the sink.

Later, when Mom showed me the hole in her sink, she told me to guess what had happened. I guessed my way through nearly every grandchild before she broke it to me that Dad stepped in it. I couldn’t quite pinpoint why exactly Dad would have stepped in the sink . . . until she told me it was a game of Hide and Seek. Suddenly it all made sense.

He bought her a new sink.