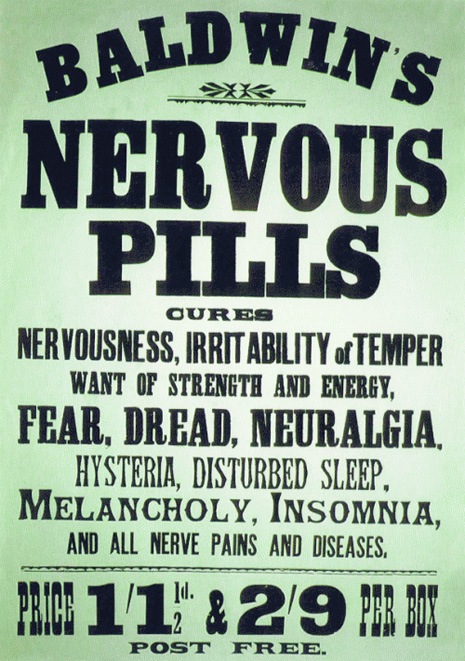 “But refuse profane and old wives’ fables, and exercise yourself rather to godliness” (1 Timothy 4:7).

Have you ever wondered why Paul had to warn Christians not to be susceptible to old wives’ tales? Not to be gullible? Not to fall into funny little superstitions that are passed around through the women?

Obviously he’s not just warning the women not to fall into this trap – he’s admonishing the men too. But notice what he’s telling them to stay away from. He doesn’t want any children of God to fall prey to the silly stories that women tend to be especially good at passing back and forth to each other. This, I think, makes it obvious that it’s a temptation that might be especially strong for women – and maybe we need to examine ourselves to see if we’ve slipped into this anywhere.

Interestingly, Paul gives us a contrast here. Part 1, don’t fall prey to old wives tales. Part 2, instead, exercise (some translations say “discipline”) yourself to godliness. I think if we stop and pick this apart a little bit, we’ll see something important. Notice where the contrast lies. One option is to exercise. Train. Be disciplined. Put in effort and hard work over time. The other option is to fall into the trap of old wives’ tales. I think we should see from this where the lure actually is. Old wives’ tales can appeal because they seem like a short cut. They feel like the easier road. They offer the illusion that you’ve short-cutted your way into wisdom and fulfillment.

Disciplining yourself in godliness takes hard work. It takes a lot of humility. A lot of failure. A lot of repentance. A lot of picking yourself up and trying again. A lot of realizing that you can’t ever rely on yourself. Let’s say you’re struggling with losing your temper at your children and your husband. Paul says that you are to exercise yourself to godliness – which means getting up every single day and working on it. Repenting. Praying. fighting. Or . . . or maybe . . . maybe you could take some of these Baldwin pills to cure irritability of temper and hysteria. That would be nice. (The only trouble is that advertisements for Baldwin pills are very quaint and vintage now, and not up to date with the current lingo, so it’s unlikely we’d fall for those.)

But maybe your facebook friend is right when she says that it sounds like (I’m making this up as I go along here so work with me!) maybe your electro-magnetic field has been disrupted because of harmful pathogens . . . and this has made the calcium deposits in your liver dislodge and get into your bloodstream . . . and this has the well-known effect of upsetting the delicate balance of your moods . . . and it’s been undeniably proven that a treatment of juniper berries and lavender oils will take care of this . . . and also you should rub some paprika between your toes before you go to bed to keep your calcium stable,so you’ll wake up in a better mood tomorrow.

Do you see how this might appeal? As silly and ridiculous as it is, it would be really, really nice if we could fix our attitude with a little paprika between the toes. We want it to be true because it would be SO MUCH EASIER. Paprika we can handle. We can feel in control of it. We can make up a nice little chart of when to drink the juniper oil and how to diagnose the proper time to rub some nutmeg on our earlobes.

I think at a certain level, the control is the part that appeals. Sanctification is so very, very out of our hands. It’s a lot of work, but not a lot of being in the driver’s seat. If we could take charge of our problems and solve them with fermented fish juice, it would be the short and painless road into a godlier lifestyle.

We wouldn’t ever say this out loud of course. But how many times have you seen treatments recommended on facebook (between Christians) that are offering quick solutions to ailments which actually can only be truly addressed with the blood of Christ . . . not juniper tablets.

Are you tired and overwhelmed? Resist the lure of the old wives’ tales and look to Christ instead. Don’t settle for the illusion of a quick fix – it will only leave you empty anyway, and you’ll find yourself chasing the next promised solution. Instead – discipline yourself to godliness. Be ready for Christ’s boot camp. Be ready for the dirt and the bruises and the bone-aching tired that comes from exercise in godliness. Be ready to surrender control. Be ready to call sins what they actually are and take care of them the way that God tells you to. Are you angry? Repent of it and don’t try to treat your mysterious “tired” symptoms as a way of handling the problem. Are you discontent? Don’t try and blame it on your aches and pains. Repent of it. Lazy? Repent. As it turns out, that’s really the only way of walking in the light and keeping yourself out of the swampy weirdness of old wives tales.