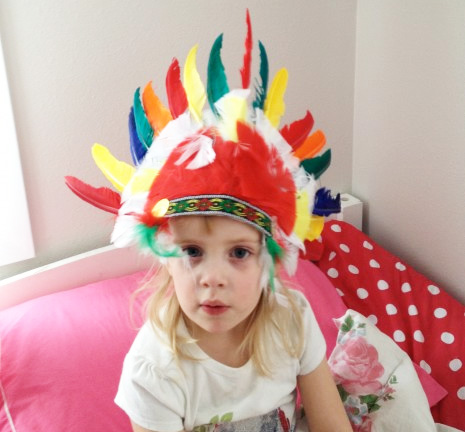 He who is slow to anger is better than the mighty, And he who rules his spirit than he who takes a city.

I can’t read this verse without thinking of our two-year-old Blaire. She is very, very good at being two, and sometimes that runs into trouble. It is on these occasions that Daddy will say to her, “Blaire, who is the boss?” and she will admit, however reluctantly, that he is the boss. Then he always follows up with, “What are you the boss of?” to which she always very gleefully replies, “I the boss of my heart!!”

This verse is rather surprising in its way. You would think that such an admonition would result in self-control the whole world over, wouldn’t you? It is so simple – would you like to be better than the mighty? Better than those who rule cities? Well then, simply put – control yourself. Be slow to anger, rule your spirit.

But as we all know this is so easy to say, so difficult to do. The book of James makes it quite clear that it is no small task to rule your tongue, because the truth of the matter is that our spirits are manned by a bunch of tiny mutineers. If you want to control yourself in this way, you will need to do a solid bit of ruling. It isn’t a position you get in without work. In this case, it appears to be comparing ruling your own spirit to being a person who overtakes and rules a city. A city that did not, presumably, want to be overtaken and ruled.

The world does not encourage us in this. Everyone wants everyone to vent all of their emotions all over the place, all of the time. If you have ever watched even a moment of reality TV, I imagine you have had the opportunity to see how unable people seem to be to control themselves. Even a team of camera men is not enough to get you in control of your spirit. Look the camera in the eye, people, and show us all that you are not the boss of yourself.

This is something that Scripture puts a lot of  emphasis on. We are to control ourselves. We are to be the kind of people who can rule over our little crew of pirates.

There is an important distinction here, and that is that controlling yourself is not the same thing as squashing yourself. We are totally pleased with the spirit that we see in our little two-year-old. We love the spice, the sauciness. But what we want most of all is for the spice, the sauciness, the can-do spirit, the determination, the stubbornness, the hilarity – to all be in obedience.