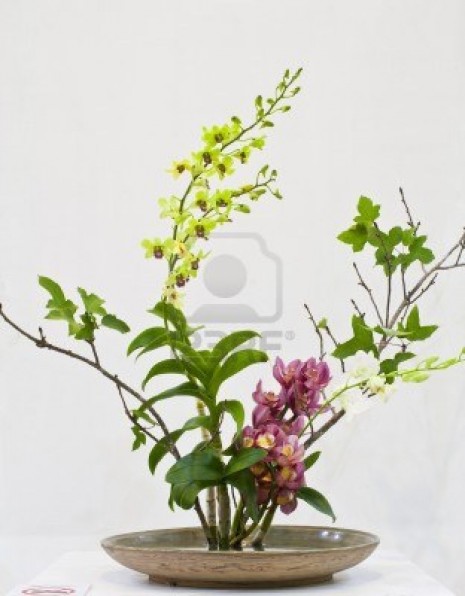 You may have noticed that nine times out of ten, if we put a picture up with a post, it’s a picture of flowers. We are in danger of being redundant. But what could be prettier than  flowers?  (Okay, pictures of the kids are stiff competition, I grant.) But I confess that I am completely taken with the glory of flowers.

When I was first married, Bessie (my mother-in-law) showed me how to make a Japanese flower arrangement. Her own mother had passed away when Bessie was just five years old, and her brothers did not teach her much in the way of domesticity. But when she was in Japan as a missionary many years later, she loved the beauty and simplicity of their flower arrangements, and she learned to be quite good at arranging them herself. She told me early on that flowers should always be included in the weekly food budget, and I happily applied her good teaching!

Though I had been a plant lover, I had not really spent much time with fresh flowers. In fact, when Doug and I got married, I brought about thirty houseplants into our apartment, while Doug contributed his guitar and a pile of books.

So here’s how Bessie taught me to arrange flowers. First you need a low bowl, and then you need a frog to set in some shallow water in the bowl. (A frog is one of those pronged round metal things that you stick the flower stems into.)

Then you select three flowers and arrange them at varying heights. You never (never) use an even number of flowers. One is fine. Three is perfect. Five works too. And then you use some pretty greens or branches in the background to provide some height. Many times we simply used flowering branches and no single flower stems at all. I am sure it is more nuanced than this, but this is how Bessie taught me to do it. 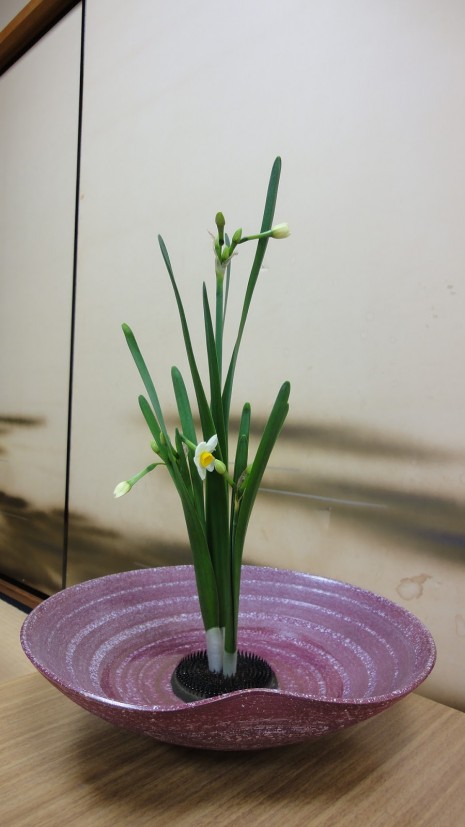 This type of flower arrangement is very easy on the budget since you only need a few flowers. Bessie gave me a frog and a bowl, and I had a square dish I had gotten in Japan during my college days, so I was set. I’m sure I never achieved her skill level, but I still love the understatement of a Japanese arrangement.

Americans tend to cram as many flowers as possible into a vase, and you miss the beauty of the individual blooms when you do this. Less is more it turns out. When you put three roses in this kind of arrangement, you really see those three roses.

So give it a try. It doesn’t require a lot of equipment, and surely you can find three flowering branches or three blooms of some kind that you can use to create a beautiful arrangement.

(P.S. The pictures above are from the internet. They were obviously arranged by someone who really knows how it’s done. But it’s a great example. You see the little shallow bowl and the frog. One is more elaborate and the other is as simple as it gets.)

8 thoughts on “Flowers on the Table”