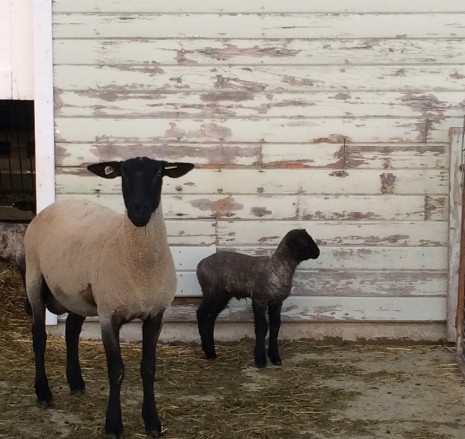 I have never been abused or molested. I have not been mistreated by men close to me, or put in a position that made someone else’s sin feel like my own and haunt me like a shadow for years. But I want to write to those of you who are victims, who do carry this kind of shame or anger or guilt or fear with you every day.

I know that I am walking into a subject that is full of emotions that I do not know personally, and honestly, that is the reason that I do not usually talk about them. All that said, it is on my heart to write about this right now, and I hope that you may find it helpful.  Give me some grace here as I try to bring the beauty of the Gospel into a dark and difficult part of some of your lives.

First of all, if you were abused or molested in a way or at a time of life when you absolutely could not resist, did not understand what was happening, or were otherwise completely innocent, someone sinned dramatically against you. And the message that I want you to hear is that you are in good company. Jesus Christ was a sinless victim – and the weight of the sin that He bore was the weight of the sin of the world. That darkness, that fear, that heaviness that you know – that is the weight of having been close to sin that did not belong to you. Think on the Savior who did more than be with us in our sin – He took the sin from us. He shouldered the whole burden of the sin, and the terrifying consequence of it – separation from the Father. Jesus Christ is no stranger to the weight of sin, although He himself never sinned. Our sin destroyed a sinless relationship. That Son and that Father were torn apart by other peoples’ sins.

Identifying with the Savior in this is having company in your sorrow, but never being left there. Jesus did not remain separated from the Father. He was victorious.The Father not only brought justice on the sin, He brought salvation to the sinners. Identify with Him in your grief, and identify with Him in your victory. He is sitting at the right hand of God the Father, and He is not afraid. If you are in Him, you do not need to be afraid. If you are in Him, there is no eternal sorrow, no wounds that cannot be healed, no guilt that cannot be taken away. Keep your eyes on Him, and you are safe.

If you were complicit in the sin in some way, this Savior is still yours. That sin that He shouldered was yours, it was ours. But it is finished. It is gone. If you have repented and turned to Him, you can know peace. Jesus Christ is sufficient. Give it to Him.

I have talked with women who have been through things that should scare anyone. I have friends who have been molested, have known victims of brutal rape, and talked with women who still feel some kind of vague guilty haze resting on their lives. Sometimes even the straight facts of someone’s memory can make you sick, make you feel like the whole world is death itself. And that is partly the truth. Right now in the wake of the Vision Forum horror show, you can easily find accounts of Christian girls getting misused and abused and wronged all over the place – the kind of accounts that make you think we should throw the world away and start over somewhere without sinners. This is part of living the body life – we bear one another’s burdens. But we can also be deceived. We can start buying into lies. We can get what my sister-in-law so aptly calls the emotional flu. We can start to wallow in the darkness in the name of bringing in the light. We can slip into a lynch mob mentality – someone must pay for this.

But here is the good news for sinners and the bad news for lynch mobs. Someone already has. Jesus Christ died with the sins of repentant pedophiles. He became not only our sins, but the sins of the people whom we are looking on with hatred. Jesus Christ is the One True Perfect Sacrifice. His blood is sufficient. And here is the hardest part of what I want to say – and I truly hope you will be willing to listen and not be offended. Even if you are a victim, you and I and the entire race of Adam are also the offenders. This sin, all of it, was our inheritance in Adam. It belongs to us, and we to it. I don’t have to have molested anyone to share in the guilt of the sin we have all inherited from our father. We are in Adam by birth, and in the new Adam by the new birth. If you are saved, then in Adam you are filthy, and in Christ you are pure. And by being born new in Christ, I am not sinless, but I can be blameless. The sin is both oppressively ours, and it is as far from us as the East is from the West.

But what if a person who was not the victim but rather the abuser is converted? What if they were abusers, but they repent? What if the weight of their sin drives them to the Cross? What if Christ opens His arms to them and takes that burden on Himself? Then what?

Where I think we are stumbling is that we want to identify the “sinners” by their sins instead of by their Savior.  We have been heavily influenced by the world in this – wanting to believe that you can be born with a certain “identity” in sin that cannot be overcome. Well guess what? We were all born with that identity in sin, and we can all be reborn with a new identity in Christ. Do you really believe that there is a sin that the blood of Christ cannot wash away? Do you believe that there is a sin so bad that it has come through the death and burial and resurrection of the Son of God and is still strong enough to be the identity of the sinner? When God claims a sinner, He doesn’t do it half way. His blood is sufficient.

Sin is a destructive mess. And sexual abusive sin is one of the most destructive kinds of sin. There is no clean and smart and perfect way to deal with it after the fact.  It does not help that our civil justice system is seriously confused, and “justice” will often not be seen here in this life. Do churches often screw this up? Absolutely. Does Christ? Never.

This is the thing – we are to be wise as serpents and innocent as doves at the same time. But we can be – because we are children of Adam and children of God at the same time. We have to believe, and remember that we are capable of grotesque sin, because in Adam we have done it all. And we have to believe that Christ is capable of a greater righteousness that can and has swallowed that sin up.

When Christians make messes of situations like this – like being foolish enough to bring an abuser back to church with his abuse, or acting as though forgiveness and trust are the same thing, pretending not to know something terrible about someone they respect, or  simply forgetting what people are capable of – it is fundamentally a problem with what we believe about ourselves and about Christ.

Lately I have seen many Christians with an anger against this kind of sin, which is right. What is wrong is to forget the solution.  We cannot save ourselves by trying to separate ourselves out from the sinners. We cannot banish sinners from us and remain pure. We cannot save ourselves with the blood of a perpetrator. We are the sinners, all of us, and He is the Savior, whose blood is sufficient for all. Do not let fear or guilt or sexual confusion or brokenness or anger become your identity. Your identity is in Christ. A victorious, conquering, joyful, rejoicing, steadfast, merciful, just, holy, true and faithful Christ. He has taken our sin so that we might never have to be apart from Him. Praise Him. Love Him. Worship Him. Be His.

49 thoughts on “Out of My Comfort Zone”