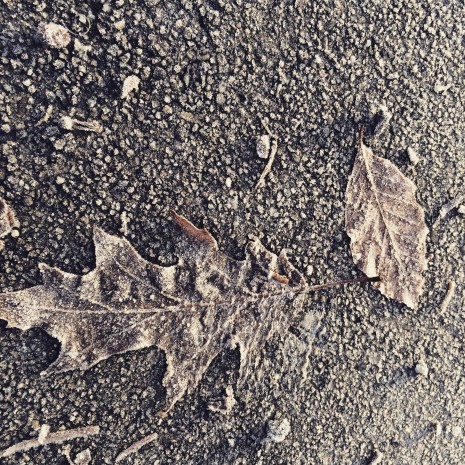 When I was a little girl my Dad’s office was in the back room of Crossroads Bookstore, which was run by my Grandpa. My Grandpa was and is an avid evangelist, the bookstore was full of christian books, my Dad was a pastor, and I was generally surrounded on all sides by stories of faith and conversions. Back in those days there was also a series of books for kids that I think I read at home but also in the bookstore. They were illustrated in very pastel colors and always seemed a little sad somehow. If my memory serves me correctly, I think they heavily featured weeping willows and kids feeling lonely or angry or hurt somehow.

Well in one of these books I got to the last page and it was a conversion moment of sorts. I cannot remember the specifics, but I think it was something about Jesus being a true friend to me when I am lonely, so I will stay with him forever. I remember sitting there staring at it and thinking back to other books and testimonies I had heard. There was the one about some poor kid that was with the wise men and had no gift so he gave his heart. Then there were people I had heard who were afraid of death, who were sick of sin, who were sad, or whatever. I myself prayed officially because I was afraid of the dark – where does that fit in? Well I gathered myself up in what were probably my high-watered corduroy pants and went to find Dad. Just what does this all mean? What is the real way to become a Christian? Which one of these things is right?!

Of course what he explained to me is that they can all be true. The Holy Spirit meets people in all different places, and while the act of conversion is the same, what gets people there can all be different. It is one truth, but it is one truth that is so big that you can come at it from all kinds of sides. And this is the kind of variety that should delight believers. We should love to hear stories of God’s work in all different places, even when the experience that is being shared with us is quite different than our own. It shows us a little bit of our own smallness, and a little bit of His own greatness.

Now I bring all this up as a strange preface, but I really think it is relevant. It’s about yoga pants. And bikinis. And mini skirts. And whatever else. I confess fully that I have not read all the articles. I have only seen them blow by on Facebook and the inter webs. I have seen enough of this kind of thing to know how it goes. Modesty discussions seem to be second to none for cooking up a holy brew-ha-ha. I am not a stranger to that. Say something about tights as pants, bikinis as swimwear, how girls shouldn’t look in selfies, or really any other thing that pertains to modesty and you will almost certainly have a scene on your doorstep. Feelings will be hurt, heads will roll. People will call you a hypocrite and a ninny because you have a photo of your sons without shirts on. Many christian women are ready to throw out the whole topic because it is so divisive.

So this is what I want to talk about. When women share stories about modesty (such as why I stopped wearing yoga pants), I think there is a little confusion happening. What should be heard as strong testimony is instead picked apart as a weak argument. It is absolutely true that young women sometimes dress in a way that is calculated to stumble the young men. You know how I know this? I know those women! Women who grew older, and who were convicted of this sin by a loving Father who revealed it to them. Women who go on later to repeat what they learned to young women and get an eye roll and a lot of spite for it. “How dare she say that I am doing that? Who does she think she is?!”

I also know women who were convicted of their own immodesty when someone busted out the old “think of what you want your husband to see of other women….” See what I mean? That is a terrible argument. But it is a strong testimony. God revealed to this woman that her own behavior was foolish and inconsistent and unkind. And because she loved the Lord, she heard it. This is the kind of thing that should delight believers, even when the language used is cheesy, or maybe silly, or even embarrassing. God is a lot bigger than our categories.

I know women who were deeply convicted of their own lack of love for the brothers when they saw honestly their own heart in how they were dressing, and what they were looking for. Maybe they suddenly saw that they didn’t care if it was sinful or if it caused him to sin. Sin is interesting! And fun! And this kind of attention feels good! And God in his kindness let them see their behavior unfiltered. He let them see themselves as they were, and He led them out of that sin. And yet when they try to speak of it to others, the reception will not be one of grace. It will be defensive, and angry. How dare you imply that my sons aren’t responsible for their own thoughts?! How dare you act like you have anything at all to do with the thought life of the brothers?!

So since Spring is just around the corner, and we are probably just all getting warmed up for the next big warm weather modesty fight, I’d like to suggest that we listen to each other as though we are listening to testimony. Listen and be blessed by the fact that the Holy Spirit meets us all where we are. Be blessed that your sister in Christ is changing because of the work of the Spirit in her life. And when we lay down the defensive anger, we may find that He works in us through the stories of others. That His kindness to us is so great that we can learn from one another, and what convicted a sister in Christ may convict us too.

When people share their testimonies, you don’t have to agree with every point to be blessed by it. You can see that God is so much bigger than our preferred wording choices, or catch phrases. And so that is my hope for us as christian women talking about modesty. That we would listen to each other’s stories with the kind hearts of people listening to a strong testimony, and not with the attitude of an opponent listening to a weak argument. Because I do believe that most of these inflammatory articles are exactly that – a testimony. A testimony to the work of a living God in the life of one of His daughters. And who among us would ever want to belittle that? Praise the Lord that He is a lot bigger than all of us!