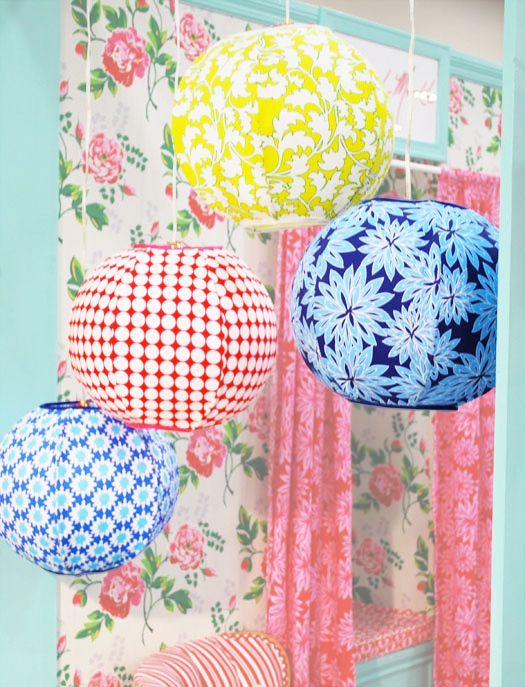 Fast forward. Along with a number of other random props from the booth, the lanterns ended up in my attic. And you know how attics are. They accumulate sedimentary layers of random, cast-off possessions that you don’t want to look at anymore but for some all-mysterious reason you don’t just burn down or throw away.

By way of context, this is a shot of the “door” to my attic: 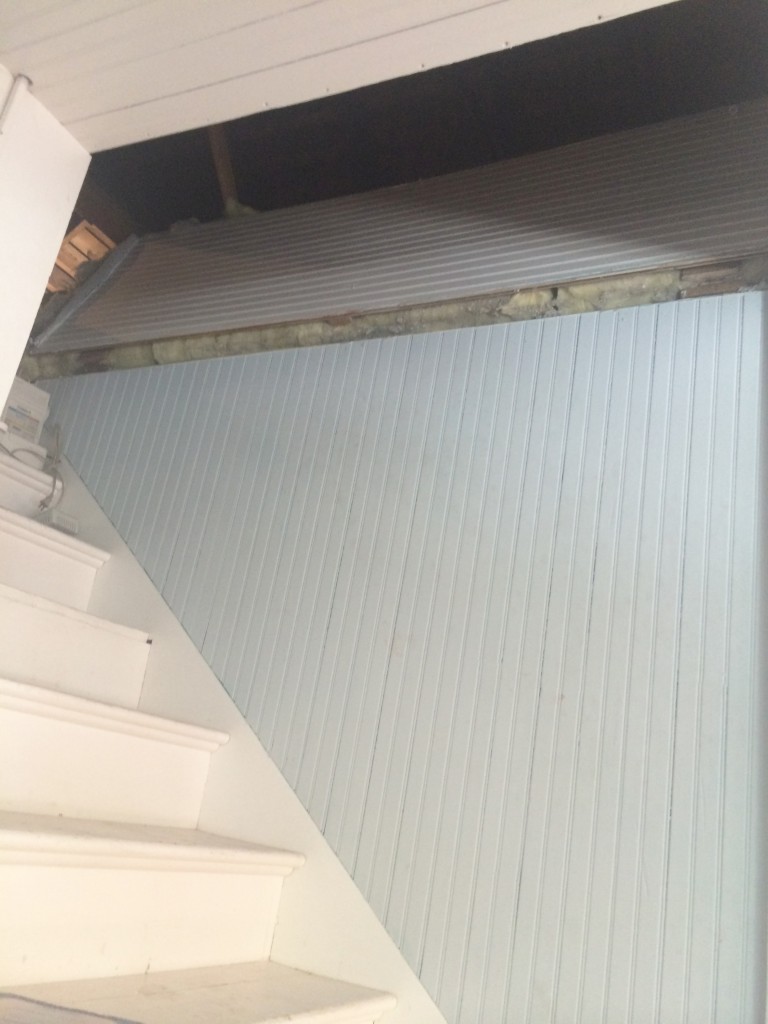 Do not be deceived by the full flight of stairs leading up to it – you have to open a hatch in the ceiling and crawl into the attic on your hands and knees, then squiggle in under the rafters before you reach a section of the room where you can stand up. One clear patch of bare boards in the middle of the room is surrounded by a sea of sprayed-in insulation and a general sense of doom.

Over the last few years, the once-tidy heap of things on that square patch of boards has gotten a bit out of control. There are a number of bins of books, old tax returns, left-over rolls of fabric from my clothing line, doll clothes, boxes of photos, and a giant upholstered clock. 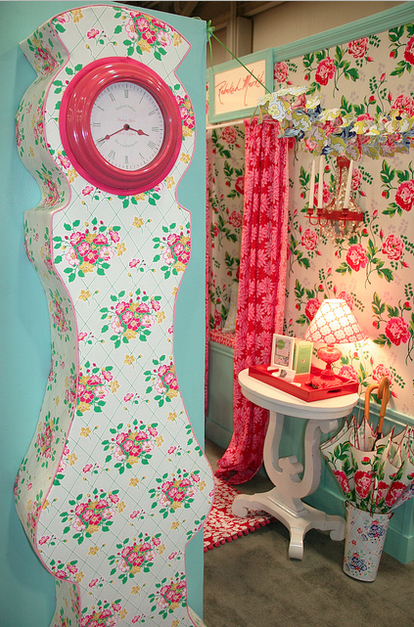 I fully admit the strangeness of the clock. It, too, was a prop in that booth. It, too, now graces my attic and contributes its mite to the current seven-layer-dip of depravity up there.

The whole thing started out as a controlled situation, but the main trouble lies in the fact that sometimes you have to go up and have a little rummage for something. And when that happens, you rearrange and shove things around and the piles get more precarious . . . and you’re not in the mood to be careful because you’re in an extremely hot (or extremely cold) room full of spray insulation which is now sticking to your shins from when you first crawled in, and you can’t stand up properly and you pretty much hate life. You make rash decisions about what should be placed where.

Times a billion when the kids go up to look for something.

Anyway, and I promise this is still the same blog post, I now have a daughter in drivers-ed. For reals. This one: 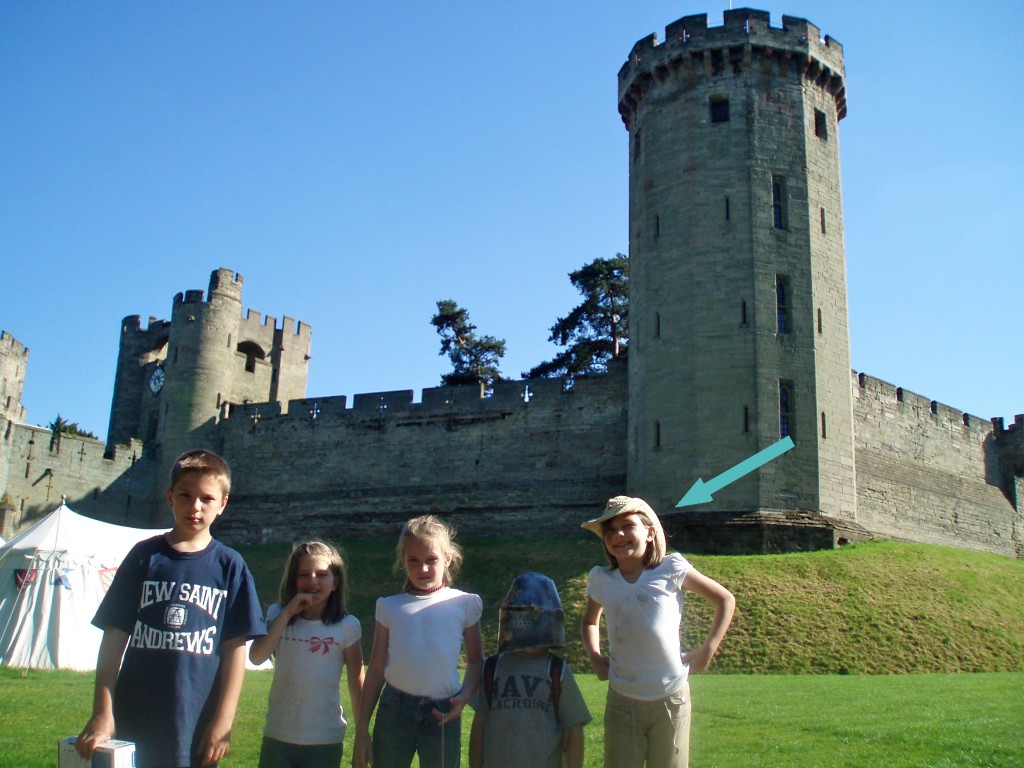 That pic of Jemima may possibly be a tiny bit outdated. (On the other hand, I love the complete thuggery of my children in this shot. Totally filthy and dishevelled, and I especially love Judah’s headgear.)

But back to the drivers-ed. In order to obtain a permit, we have to show up to the DMV with her birth certificate. And after a few half-hearted attempts at poking around looking in file cabinets for it earlier in the week, I finally had to face facts today and confront the obvious. The durn thing is probably up in the attic. Assessing the problem logically, I knew that since Knox has been driving legally around the town for a couple of years, I had to have found the file of birth certificates back when we got him his permit. So as far as the sedimentary layers goes, the box should have been reasonably accessible.

However. I had reckoned without my children. For who knows how long, they have been dutifully cleaning their rooms and putting extra what-not into the attic since last I poked my nose up there. This meant the pile was not a familiar pile, and I had to climb literally over a mountain topped by a box fan before I was all the way inside. I squatted on top of a roll of fabric with my head bonking a rafter and prodded at piles in a listless way, thinking dark thoughts.

Nothing even remotely resembling a birth certificate was anywhere to be seen, but I spied a squashed and mal-treated lantern sticking out from under a box of books. 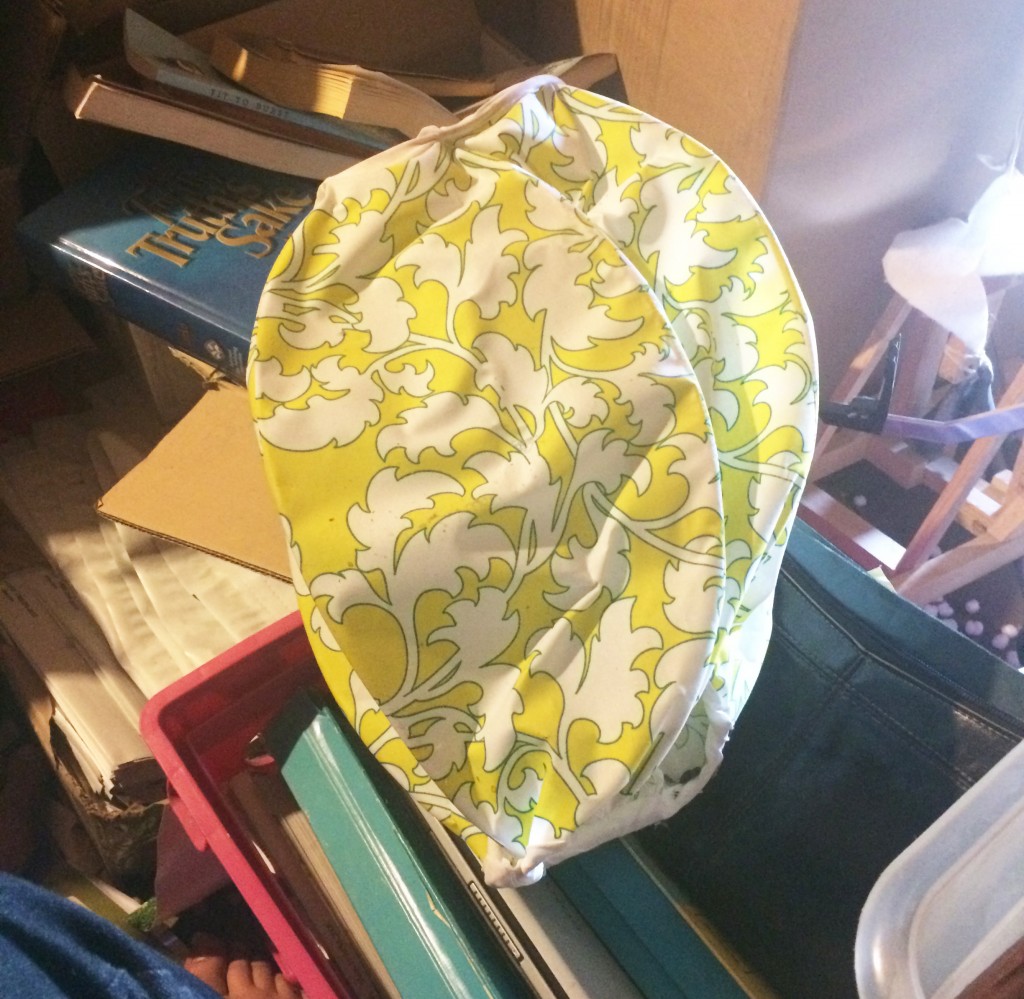 I fished it out, not sad about the lantern because I didn’t particularly want it, but merely feeling that the attic has reached a level of devastation and squalor that is downright unrighteous.

Little did I know.

As I picked it up to move it out of the way so that I could try and wiggle further forward, something caught my eye. 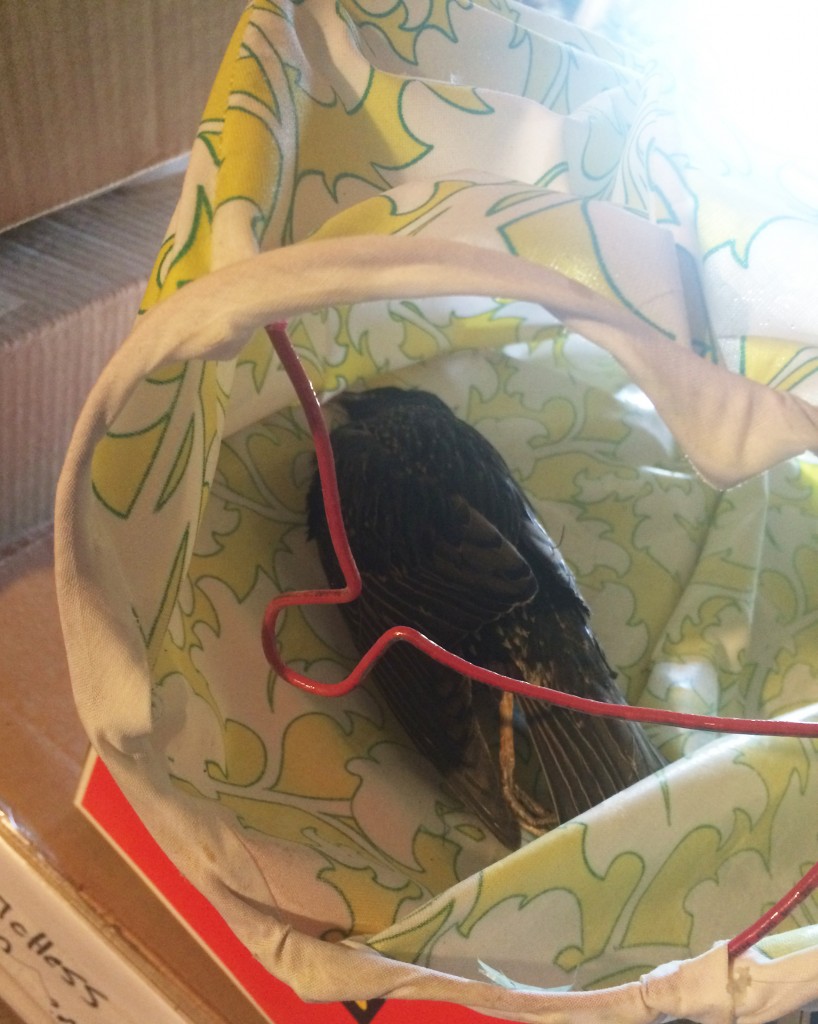 I can’t even begin to explain the tragic tale that led up to this being the final chapter. When the curtain fell on this bird, he was inside a squashed lantern in my attic and that’s all I can tell you. But the excitement and thrill had definitely gone out of the bare-footed, birth-certificate search party. I managed to dispose of the bird by hollering at my kids until they came up and I handed out the little fabric sarcophagus and made them chuck the whole thing into the alley garbage.

On the upside, as I executed a backwards, hunkering crawl over a box fan and out the door to the stairs, I happened to notice that in the very top of the box nearest the attic entrance was the file of birth certificates and social security cards. I could have strolled up there and plucked it out without even going in. Which I would have much preferred.

17 thoughts on “Life-cycle of a lantern”