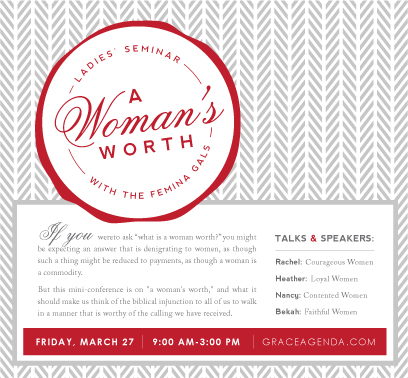 When I was just out of college, I became an associate staff member with InterVarsity Christian Fellowship, and one of the duties I had was leading or co-leading small group Bible studies on campus or at conferences. I was also involved in a local ministry and was doing similar work with them.

One of the things I kept bumping into during those days was 1 Timothy 2:12, “And I do not permit a woman to teach or to have authority over a man, but to be in silence.” If that’s what the Bible says so clearly, why, I wondered, did my boss continue to put me in positions where I was teaching Bible to men? When I asked him, the answer was that he was in authority over me, and he was asking me to do this, so it was okay. Hmmm. Certainly I was not “in authority” over the men in my Bible studies, but I was teaching them all right. In fact, once I arrived to “co-lead” a study with a young man, only to find that not only had he not prepared, but the only ones who came that night were guys. That’s when I quit. Enough of this!

Being still a young believer (having been converted in college), I deferred to those older and wiser put over me, but I still continued to question this. Finally, I asked my future husband what he thought of it, and it was the first time I got a straight answer. Needless to say, it was quite refreshing! And, it wasn’t too long after this that my boss saw my point.

Okay, why the long buildup of personal story? What am I getting to?
A couple of Femina readers have asked in the comments why our Grace Agenda conference on “Marriage Militant” is not featuring women speakers (specifically, why are the Femina Girls having a separate pre-conference for women only rather than speaking at the main conference). Here’s why.

The men who are teaching at the main conference will be opening the Word and teaching with authority. Not only do I believe that I should not do this, I don’t think any woman should open the Word and teach the men. Do I think the men could not benefit from what I have to say? No, actually, I think I could learn them a thing or two. But that is not and never has been the point. The point for me is what does God think about it? Not what do I think about it. The ends never justify the means. I rejoice that the men can open the Word with power and authority, even at a conference.

This does not mean that I would never speak at a conference with men in the audience. Since I am a high-school lit teacher, I have taught workshops at education conferences, and I have also spoken at high-school graduation ceremonies. Both these venues have had mixed audiences. But in those settings, I was not opening God’s Word and laying it out.

If the Grace Agenda conference were on a topic that I knew something about, that would not call for me to “open the Word,”and if I got an invitation to speak, and if I wanted to do it, I would say yes. Women are not excluded from public speaking or teaching all together. But when it comes to opening the Word, we are instructed to teach the women. I don’t think that is an inferior calling. It is a God-ordained calling and a privilege I enjoy. I am very thankful to teach the women any chance I get.

As it is with so many things in God’s Word, there’s a no and a yes. Though the women are not to teach the men from the Word, we are instructed to teach the younger women a whole slew of stuff. And that’s what we want to do at the Femina conference.

This year’s Femina conference is called “A Woman’s Worth,” and we are going to address a woman’s calling in Christ. Who are we? What are we for? I am interested in teaching the women about this, not the men. If a man comes in and sits in, I really don’t mind. But this is not for him, it is for the women, so I would think he was just being curious or maybe eavesdropping. I wouldn’t kick him out, but I would think it was just an oddity, and the world’s an odd place.

In our day, women have pushed and grabbed and hollered their way into nearly every setting that was traditionally held by men only. We’ve all heard of parents dressing their daughters in football pads and sending them into the locker rooms with the boys. Of course I think this is foolish and destructive and silly, and I would not dream of doing that with my daughters. I think they have a much higher God-ordained calling than to pretend to compete with the boys where the boys clearly have the advantage. It is absurd. But when we discuss whether women ought to be teaching men the Word, it is not just another “tradition” like all-male football teams. Though the Bible has not spoken about women on submarines or women on football teams, it has spoken about women’s roles in the church. I think it’s simple and clear.

A Christian conference is not church, that’s correct. But if it is a conference that is teaching from the Word, then it is the men who should be doing it. I have no desire to elbow my way in. Why? Because I love God’s Word and I do what it says.