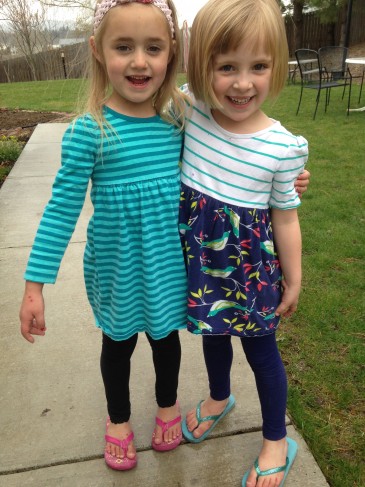 Navigating friendships can be challenging, even for little people like my granddaughters! They are so cute, what could ever go wrong? But even the sweetest little friendships need oversight if we want them to blossom into lasting friendships.

Of course the Bible has plenty to say on the qualities of a friend, and our children need to grow up understanding these basic principles. As in everything, before we can teach them and guide them, we have to know and do this ourselves.

But let’s back up and start at the beginning. What is a friend? Here’s what the dictionary offers: A friend is a trusted companion for whom you have mutual affection, who is a source of joy, and whose company is a pleasure. That’s a pretty good place to start.

Let’s consider the kind of friends Jesus had. Among his many followers, he chose His twelve disciples, whom He called His friends: “My friends, do not be afraid of those who can kill the body, and after that have no more that they can do.” (Luke 12:4). Of the twelve, He had his three special friends, Peter, James, and John. And of those three, John was “the disciple whom Jesus loved” (John 13:23; 21:20).

But Matthew 11:19 says that Jesus was also “a friend of tax collectors and sinners.” He did not limit His friendship to only His disciples, but He had different levels of friendships: close, closer, and closest. From this we can see that it is only natural for us to have dear friends, close friends, and friends who are acquaintances. Because we are finite, it’s obvious that we cannot have an infinite number of friends, no matter what Facebook might lead us to believe.

Not only did Jesus, the Son of God, have friends, but the Bible teaches that God was a friend to Moses and to Abraham.  “So the Lord spoke to Moses face to face, as a man speaks to his friend” (Exodus 33:11).
“‘Abraham believed God, and it was accounted to him for righteousness.’ And he was called the friend of God” (James 2:23).

To be a good and godly friend to others, we must first be friends with God. His friendship is obviously the most important one. Jesus is the best kind of friend we can have. He will never leave us or forsake us (Heb. 13:5). He has made a covenant with us. He has given us His Word, our covenant book. He has given us many precious promises. He has given us the Holy Spirit. He is particular about His friends in one way (He died for us), but He is inclusive in another way (we were all sinners).
“But as many as received him, to them gave he power to become the sons of God, even to them that believe on his name: which were born, not of blood, nor of the will of the flesh, nor of the will of man, but of God” (John 1:12-13). So Jesus welcomes all who believe on Him. He is the best kind of friend we can have.

Friendship is one more example of God’s common grace toward man. We all have a God-given desire for friends, and even unbelievers have friends. However, apart from the grace of God, we can’t enjoy friendship or be the kind of friend we want to be.

Since God is the One who defines all our relationships and friendships, we can look for His instructions regarding the characteristics of godly friendship as well as the kind of friends to avoid. As His people, we have the power to enjoy friendships that glorify and honor God. In future posts I hope to look at some of the Scriptures, particularly from Proverbs, that address the topic of friendship.