For all you Ashtown Burial fans, book two is nearly here! The Drowned Vault hits stores on September 11. We’re having a release party at BookPeople in Downtown Moscow from 6:00 – 8:00pm. There will be a short reading, Sister’s Cookies, Bucers ice coffee, and door prizes. All pre-paid, pre-orders are 20% off. If you’re in the area, come on down! Most of you aren’t local, but you can still get a signed copy at 20% off. Call in a preorder to BookPeople (208- 882-2669) to get the discount price and Nate will be happy to sign it before they ship it out. Think early Christmas presents… Hope to see many of you there! 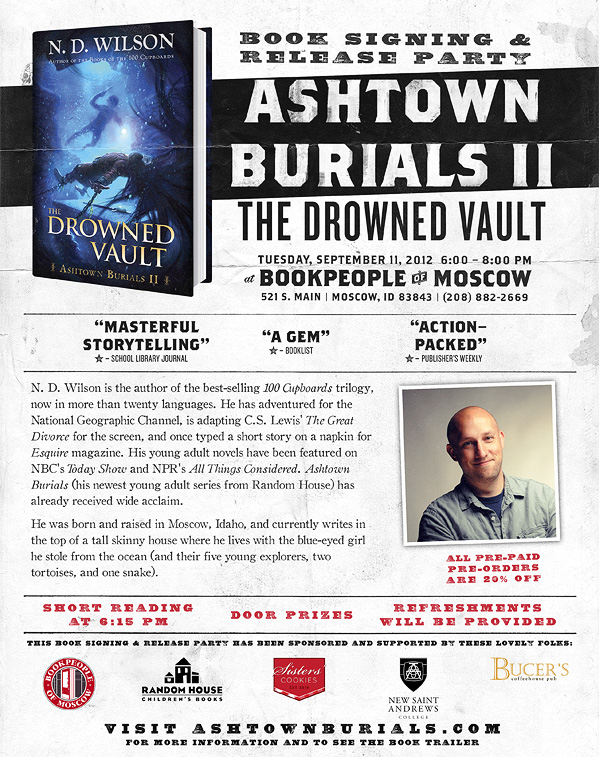 So I’ve heard from more a few quarters that I too should throw in my two cents. Well, since you asked…

A Note for Rachel Held Evans:

“Let’s give them the benefit of the doubt and assume they did not mean to be hurtful, and let’s engage the content of The Gospel Coalition post instead of criticizing the character of the authors, who very few of us know personally.”

Great! Even if we grant (for argument’s sake) that they were hurtful at all, why didn’t you begin your initial blog post with that quote? Why didn’t you begin with a call for a respectful discussion? Instead, your very first call to action was literally for your followers and readers to all “get angry” (your words). Instead, you blogged/tweeted quotes without any context and without any reference to what the authors were trying to say, and now you act coy and innocent when people draw the very conclusions you led them to, and react (anger, anger!) just how you suggested. At this point, you don’t just get to say, “I never accused Jared Wilson or Doug Wilson of promoting rape or sexual violence against women, so let’s just strike that narrative from the dialog.” Sorry, Rachel, the arsonist doesn’t just get to throw on her firewoman helmet. Striking that narrative at this point would require something more like a retraction and, dare I say it, an apology? “Get angry” came from you. Are you now sorry that it did?

You obviously feel strongly that the gents made some word choices that were poor and insensitive. You obviously differ on their views of submission (even if you weren’t engaged in misunderstanding them). But did your approach really move anyone towards meaningful dialogue? There was, and is, some real dialogue to be had here. It’s a great topic for discussion (and edification) among cool heads.

I am all for a heated discussion when there are differences of opinion on Scripture and how it plays out in our lives, but as far as I can tell, that was never your point. You demonstrated more concern that the pro-S&M crowd could feel stung by some of the discussion than concern for the rampant slander you set blazing against two ministers of the Gospel.

Attention all Hunger Games lovers or haters out there. Head on over to Trevin’s Wax’s blog at the Gospel Coalition site to check out my ND Wilson’s review. It’s drawn some lively responses on the great World Wide Internet.

One big take away is found at the end of the review.

“One final thought: never read or watch a story like a passive recipient, enjoying something in a visceral way and then retroactively trying to project deeper value or meaning onto the story you’ve already ingested. Such projections have been making authors and directors seem more intelligent than they are for decades. As you watch, as you read, shoulder your way into the creator’s chair. Don’t take the final product for granted, analyze the creator’s choices and cheerfully push them in new and different directions. As we do this, the clarity of our criticism will grow immensely. Which is to say, we’ll be suckered far less often than we currently are.
Lastly, Suzanne Collins can really write. It’s just that we can’t really read.”

Merry Christmas everyone! Just want to encourage you all there that there is literally no excuse for not gettting festive with your kids in the kitchen this holiday season. 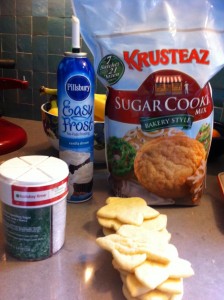 You can always wait until you have the time and energy to make everything from scratch but for some of you (like me!), that time can be ever elusive and baking can seem like an overwhelming prospect. The above pic is one example of how I jump right in with the kids, shallow end first. I baked a batch and after school everyone will frost and sprinkle for a post-tree outing treat! 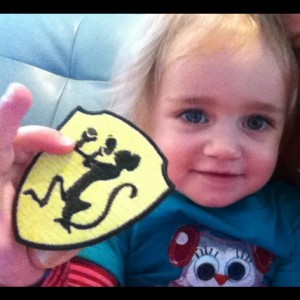 N.D. Wilson has a new book. While I’m quite sure you all know that all ready, perhaps you haven’t heard of the fabulous promos he’s been running. First off is a giveaway for all you Facebookers out there. Just “like” the official Ashtown Burials page here and then vote on which book trailer score is your favorite. You can vote here. Up for grabs are two audio copies of The Dragon’s Tooth and a signed set of the 100s Cupboards books. Christmas shopping at its easiest.

Second freebie is for those of you who have the book already. Simply snap a pic, tweet it with the hashtag #dragonstooth, or post it on the Ashtown Burials page on the Facebook, and you’ll receive a cool-as-can-be boxing monkey patch, the ultimate stocking stuffer and fashion accessory.

The Facebook promo ends Monday so go cast a vote! 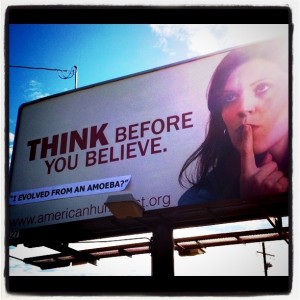 Nate and I drove by this today. No idea who did it but that billboard’s been asking for something for a while.