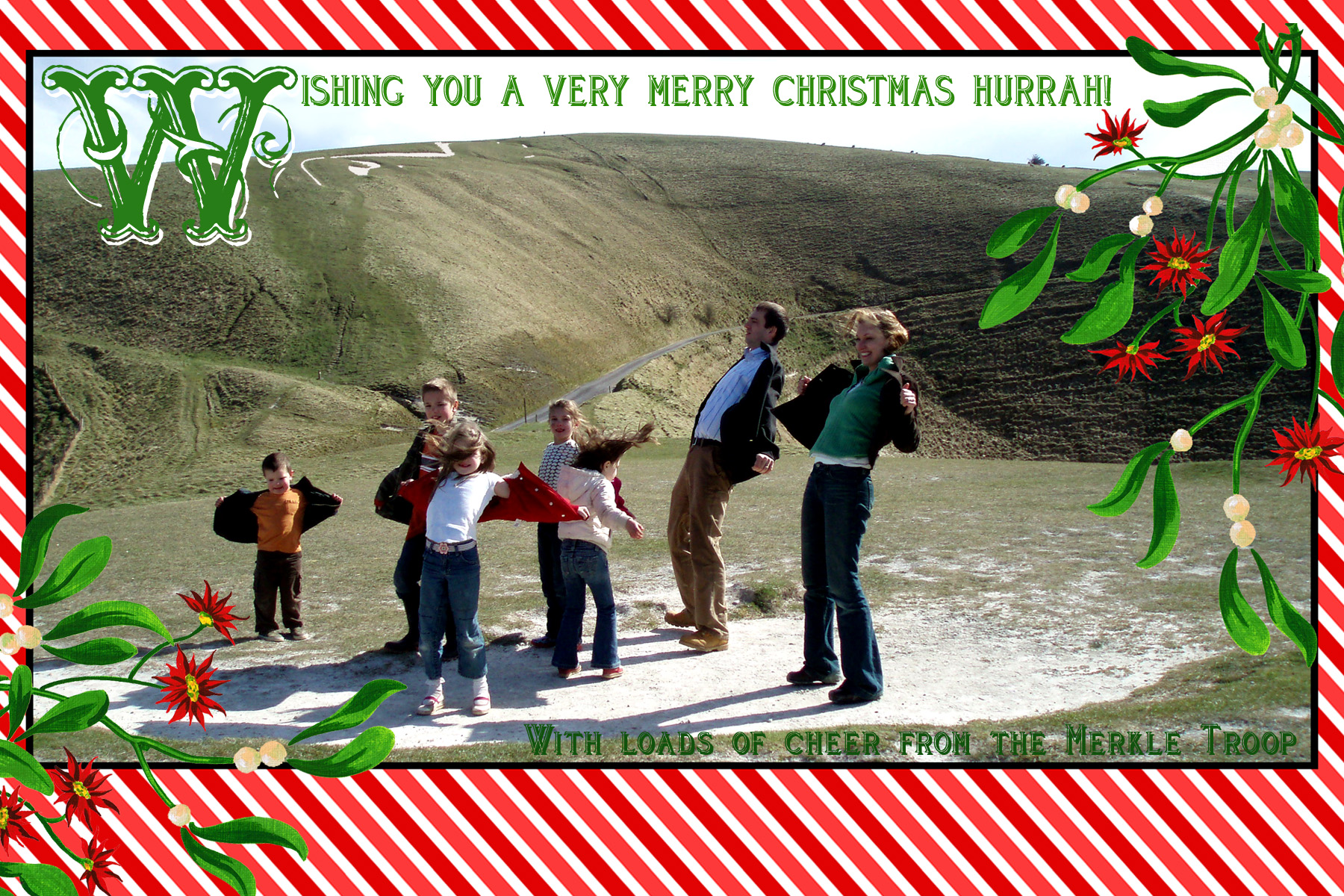 So, this is the Merkle gang on Dragon Hill . . . one of our very favorite spots in England. It’s in the Vale of the White Horse – and in the picture you can see part of the White Horse itself carved into the top of the large hill behind us. (Chesterton’s Ballad of the White Horse was written about this place.) We’re standing on the bare patch which, according to legend, is the very spot upon which St. George slew the dragon. The dragon blood poisoned the ground, and grass has never grown on this spot since. More verifiably, this was the site of the battle of Ashdown . . . where King Alfred defeated the Vikings in the ninth century.

In other news, everyone’s well, we’re still driving on the left, and everyone is as homesick as you would expect us to be during our third year abroad. (OK, that sounds dismal – we’re actually having a grand old time but are still very anxious to be home this summer!)

Hope you all are doing well – and let us know if you’re swinging through the UK!