For all you poor people staggering around under heaps of April snow, I’m posting this picture to prove that somewhere on the globe, Spring is coming in a semi-timely fashion! The “somewhere” in this case happens to be the ruins of Glastonbury Abbey where we toddled about yesterday on a birthday expedition for Jemima who was turning 9. Last year on her birthday we visited Cheddar Gorge and Glastonbury Tor, and this year we did a similar trek. We first went to Athelney, to see the place where King Alfred hid out in the marshes from Guthrum for one winter . . . the legendary spot where he burned the cakes. Next we toddled over to Aller, which is the place where he took Guthrum to be baptised after he finally defeated him – about a mile away from his hideout. The church of course doesn’t date to Saxon times – but the font apparently does . . . and it’s likely to be the very font in which Guthrum was baptised. That was obviously quite fun . . .

Next we hit Glastonbury. The Tor (which we hiked up last year) is unbelievably cool. It’s got about every imaginable crazy myth attached to it that a place could possibly have. It’s been (for thousands of years) thought to be the entrance to Faerie Land . . . alternatively thought to be an entrance to Hades. It definitely is full of tunnels which are now lost and hidden . . . and some stories claim that they are a labyrinth in the good old style of Crete. The outside of the Tor is terraced . . . and in fact when it’s viewed from the air, the terraces actually do make the classic iconic symbol of the labyrinth, which is why it is thought to have a labyrinth contained within it. Then there is the Joseph of Arimathea connection . . . he was supposed to have founded the church on the top of the Tor which later became a monastery which is now nothing but an old ruined tower. The well at the foot was where he washed the Holy Grail . . . and where Arthur came to seek it. And speaking of Arthur . . . the region around the Tor was also supposed to have been Avalon. So you can see what I mean about the crazy myths . . . 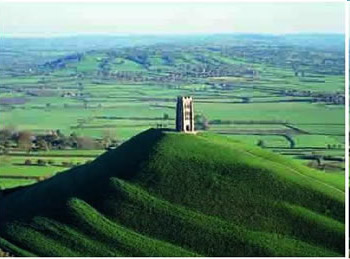 At the foot of the Tor (built around the previously mentioned well) are the ruins of an unbelievably huge old Abbey. We had a blast wandering around in the ruins, and seeing the spot which used to contain Arthur’s tomb. 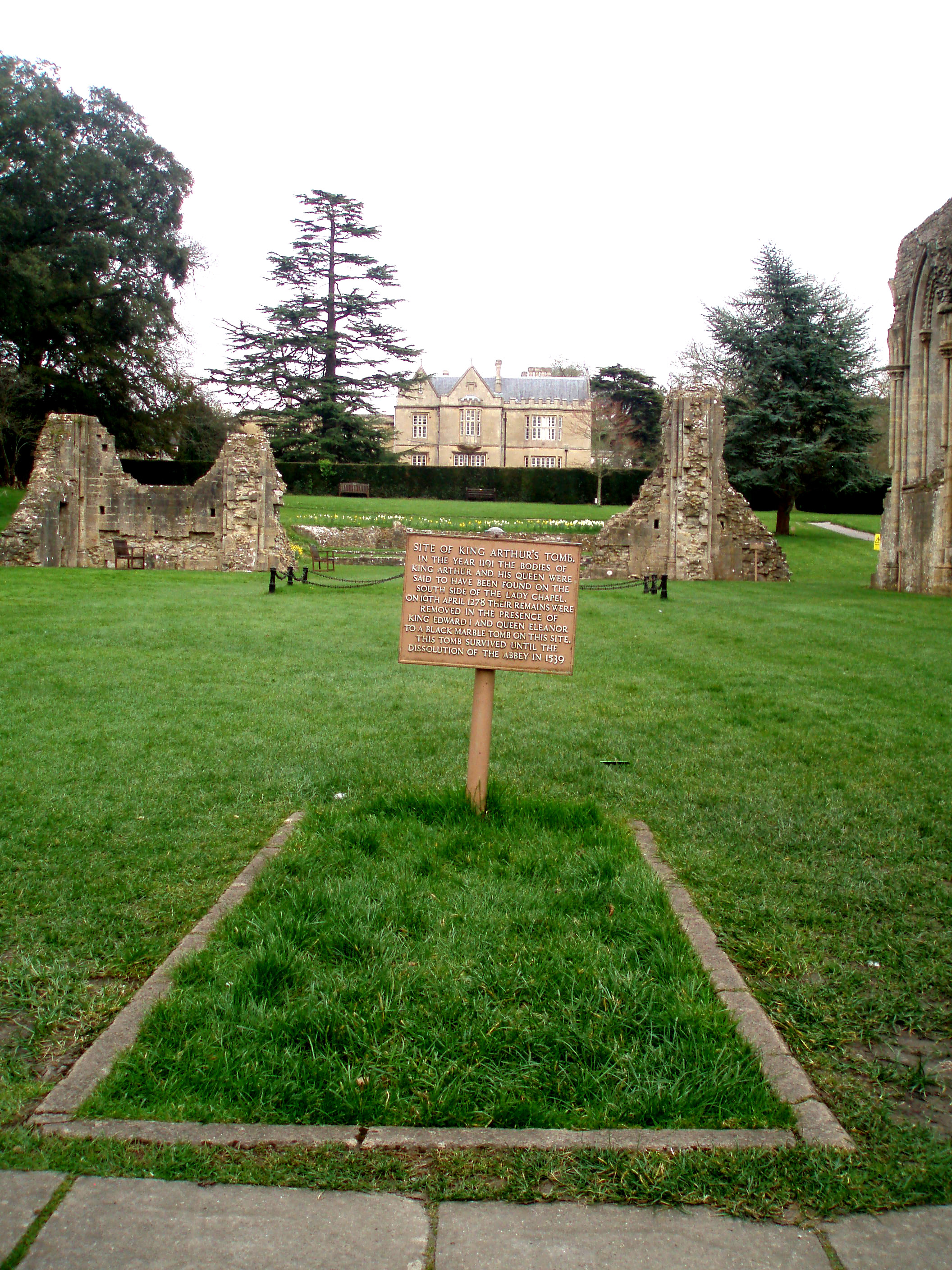 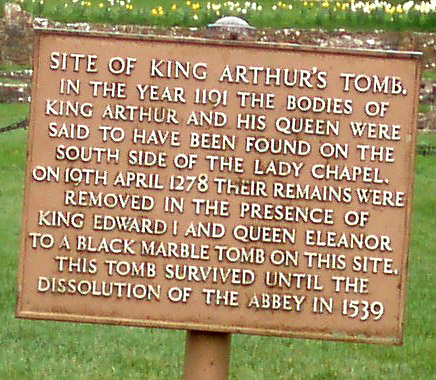 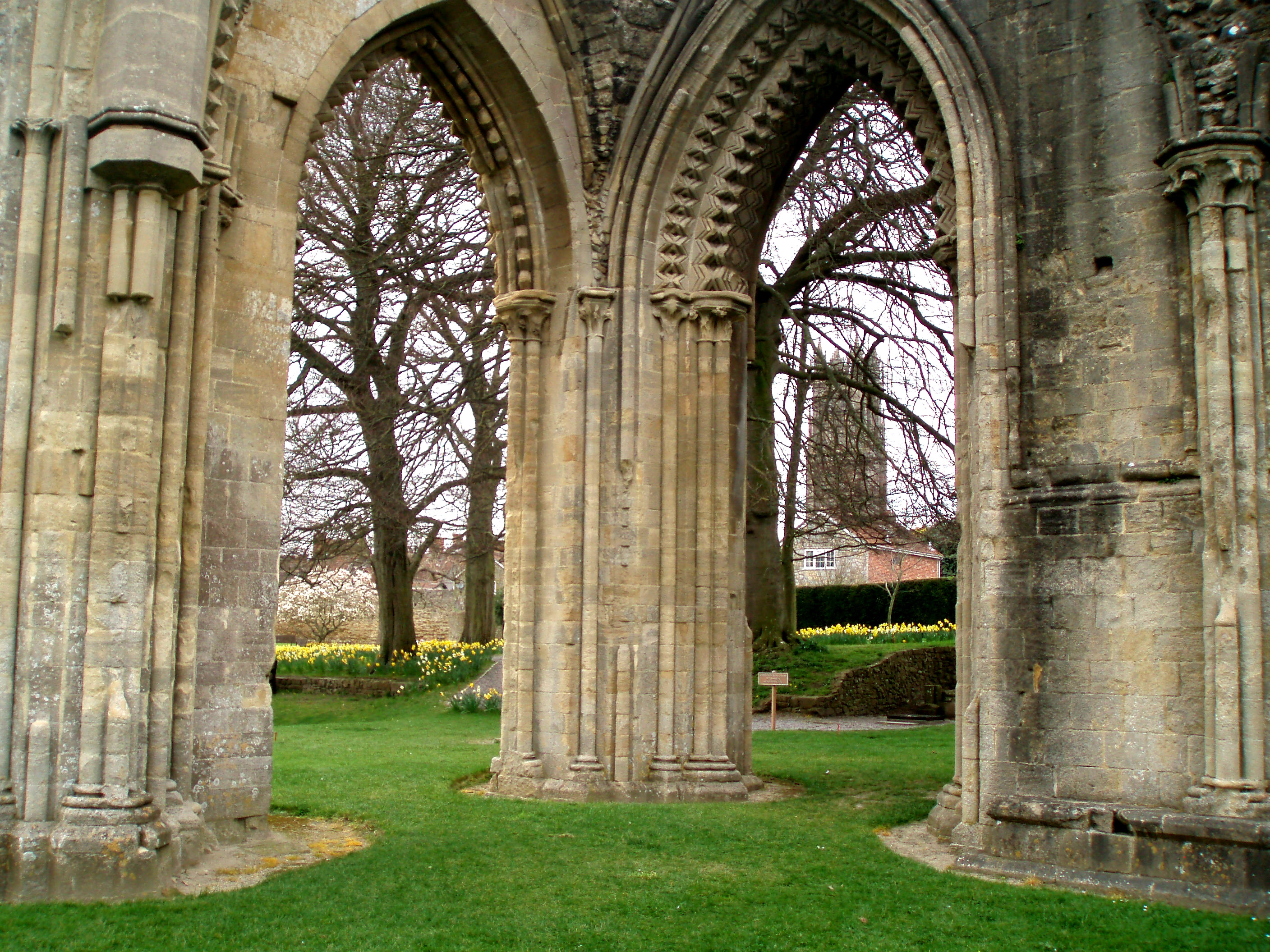 The city of Glastonbury seems to have been the site of an ongoing battle between Christianity and paganism for at least 1500 years . . . and quite unfortunately the Christianity bit seems to have gotten entirely trounced. The city has apparently wholeheartedly embraced the pagan bit. As we walked through the streets we were surrounded by exclusively wacky people with dreadlocks and velvet gowns. Every other house had a sign out that offered tarot card readings, and we passed people doing palm readings in the streets. As we walked over to the abbey we saw I don’t know how many magic shops, and the whole place smelled like incense. When we finally saw the abbey it seemed rather fitting that all that was left of it was a broken, hollow shell. Even in the abbey shop they were offering crazy little pagan necklaces right alongside the cheap cross necklaces, strange mystical “unity with nature” whatnots, and tacky little sparkly dragon and fairy figurines. It was simultaneously an incredibly amazing place to see . . . and rather horrifying as well.