So we interrupt this program to bring you the special feature . . . Rome AND bust!! 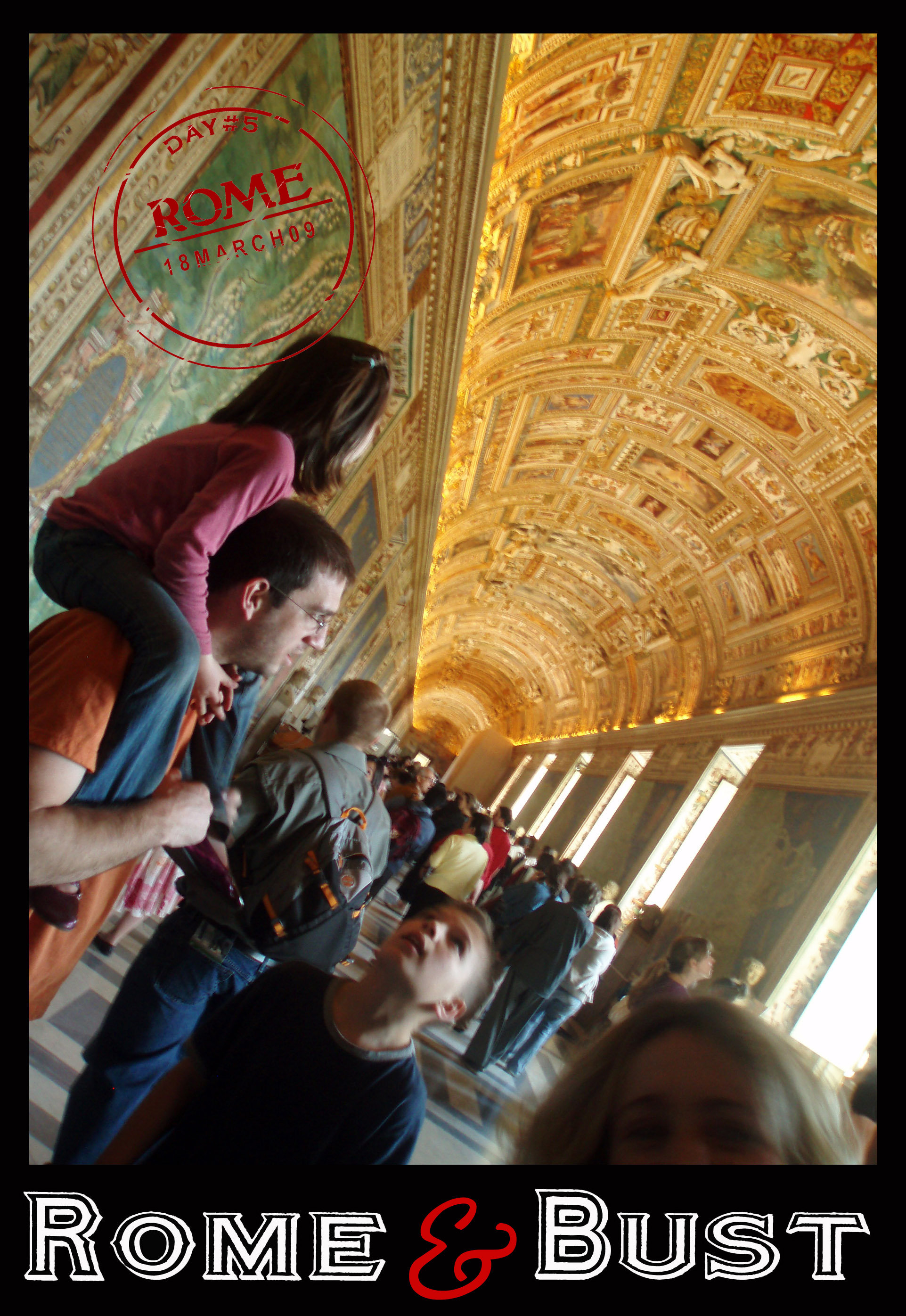 We made it to Rome . . . and there were many extravagent doings along the way, all of which are radically hilarious and well worth telling. But the trouble is that I don’t have time – not even to tell you about the uncouth and unruly Germans who are in charge of Neuschwanstein Castle and wouldn’t let us in, and what’s worse, didn’t show even a pang of remorse about it – even though we were there during opening hours. We’ll have to skip that bit – and skip the rest of the throw up stories – and skip the seedy hotel in Pavia – and skip the Italians’ failure to mark their roads. We also pass over the bit about minibus maneuvers that Ben was able to perform against all odds . . . even unto the part where he turned it into a pretzel and then drove back out the wrong way on a one way street.

We pass over these things, and move on to the spicy moment when we finally crested into Rome, and within the first (literally) 4 minutes of having found our hotel, we were robbed of absolutely all of our luggage! Not only were we the tourists who got robbed (that glamorous and special breed) . . . we like to think that we stand out from the rest because we were robbed in a rather miraculous fashion. Our 10 large and heavy suitcases appear to have been snatched up to heaven in a fiery chariot. We stepped out of the car, thrilled to have found our hotel, and within 3 minutes we were standing there with only what we were wearing! It was breath-taking really. Whoever the nefarious fiend was, made away with a lot of kids pajamas, toothbrushes, skivvies, jeans, winter coats, shoes, and church clothes . . . but thank the Lord they didn’t get any cameras, passports, computers, or children!

So we got a festive little glimpse into the inner workings of the Rome police, and the not-so-surprising news is that they are wildly uninterested in dealing with problems like this one. We then tromped around Rome today . . . and there’s nothing like seeing the sites when you’re wearing the same clothes that you put on in a seedy hotel in Pavia the day before and don’t have any toothpaste or hairbrushes or clean socks. That lends a certain extra zing to seeing the Pantheon – and we decided that it makes the whole experience much more authentic.

To sum up – St. Peter’s Basilica was unbelievable . . . and the Sistine Chapel . . . and I’ll have to stick some pictures up when we get to our next stop. But right now I need to wrap this up for the evening and go rinse out our socks for tomorrow in that short little drinking fountain thing next to the toilet. (Ok sorry – that was Ben’s addition, and I am fully aware that it’s completely tasteless to make jokes about a bidet.)